Oops! College pulls a dramatic 180 over firing of 'Islamophobic' prof 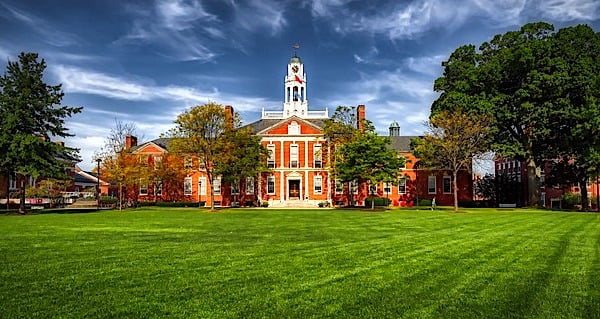 A college in Minnesota is backtracking its claims that a professor whose contract was not renewed was dismissed for being “Islamophobic.”

The dispute has been raging on the campus of Hamline University for several weeks already, since the school refused to continue employment for Erika Lopez Prater.

A report from the Daily Caller News Foundation said she was dismissed after using a historic image of Muhammad during an art lesson in class.

One Muslim student complained, triggering the college attack on the professor.

“Hamline said that Prater’s actions were ‘Islamophobic’ in a campus-wide email in response to the complaint, which Prater alleged caused her ’emotional distress’ and hurt her professional and personal reputation,” the report said.

Prater’s allegations come in a lawsuit that has been filed against the school.

The school’s criticism could “potentially resul[t] in her inability to obtain a tenure track position at any institution of higher education,” the case charges.

Damages are being claimed under the Minnesota Human Rights Act, the Minnesota Whistleblower Act, breach of contract and emotional distress.

Hamline has stood by its attack on the professor until now. In fact, it has claimed that the student’s feelings about the image of Muhammad “should have superseded academic freedom,” in the case. Then suddenly it said in a statement that its claim the professor was “Islamophobic” was “flawed.”

“There have been many communications, articles and opinion pieces that have caused us to review and re-examine our actions. Hamline is a multi-cultural, multi-religious community that has been a leader in creating space for civil conversations. Like all organizations, sometimes we misstep. In the interest of hearing from and supporting our Muslim students, language was used that does not reflect our sentiments on academic freedom. Based on all that we have learned, we have determined that our usage of the term ‘Islamophobic’ was therefore flawed,” the school told the Daily Caller News Foundation.

The school has been made the subject of a complaint to its accreditation team.

The complaint has been registered with the Higher Learning Commission accusing the college of “failing” Prater. And the ACLU has accused the school of “punishing educators” who use controversial material.

“The complaint with the Higher Learning Commission came from the Foundation for Individual Rights and Expression.