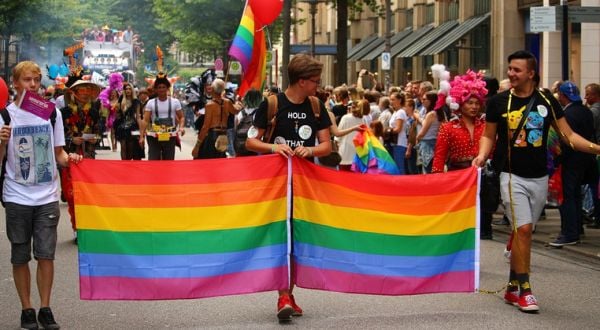 A pastor in the United Kingdom who was threatened with death and hounded out of a job because he expressed the opinion that Christians don’t attend LGBTQ pride events is having his legal case heard.

Christian Concern says the case involves Pastor Keith Waters, 55, who launched a legal action against the Active Learning Trust with the support of the Christian Legal Center.

An Employment Tribunal will hear arguments that the Isle of Ely primary school interfered with his rights to freedom of religion, expression and thought. He is claiming constructive dismissal, indirect discrimination, and breach of public sector equality duty.

He had said on social media that, “A reminder that Christians should not support or attend LGBTQ ‘Pride Month’ events held in June. They promote a culture and encourage activities that are contrary to Christian faith and morals. They are especially harmful to children.”

He said his intention was to warn Christians about LGBTQ pride events as they often involve nudity, sadomasochism and overtly sexual exhibitionism.

He was working as a caretaker at the school, and working as a pastor of his local evangelical church, Ely New Connexions, the center reported.

He had been an estates manager at one of Cambridge University’s largest colleges but took the other job in order to have time for his church work. The report said he took the job with the agreement if there was a conflict with his job as a pastor, his pastoral job would take priority.

He made the statement because he believes LGBTQ pride events are “diametrically opposed to Christian beliefs on sexual ethics and therefore are harmful, especially for young children who often attend or are encouraged to attend,” the report said.

The result was that he “faced a string of coordinated threats aimed at forcing him out of his job and the town. A “hostile” journalist tried to force him to apologize, he was harassed on the front page of the Cambridge Evening News and others, and funeral directors went to the home to “arrange” for his funeral.”

The report continued, “Furthermore, false rumors were spread that he was a child molester and there were calls from local councilors for him to be investigated by police for a ‘hate incident.'”

The school’s manager then threatened him with an investigation for bringing the school “into disrepute” and he eventually was “prevented” from doing his duties.

His legal team has explained before that he was described as “an asset to the school.”

Waters said, “The whole episode left me in emotional turmoil and has taken a lasting toll on me and my family. In 37 years of employment, I had never been treated in such an uncaring and hostile way. I was left with the choice of resigning or being silenced and unable to express my beliefs as a Christian pastor.

“I had lots of parents pulling me to the side telling me that they supported me, but they wouldn’t dare say so out of fear that the social media mob would also turn on them.”

Andrea Williams, chief executive of the Christian Legal Centre, said: “What happened to Keith Waters is the latest in a long line of cases where honest, kind, normal people are subjected to harassment and intimidation for expressing moderate, mainstream Christian views on sexual ethics. We live in a world where even questioning the LGBTQ agenda can land you in serious trouble.”

Williams added, “This is another example of how far LGBTQ advocates are prepared to go to silence mainstream Christian views. For loving Jesus, speaking biblical truth, and caring for the welfare of children, Keith became persona non grata – his words and intentions distorted, his character assassinated.”