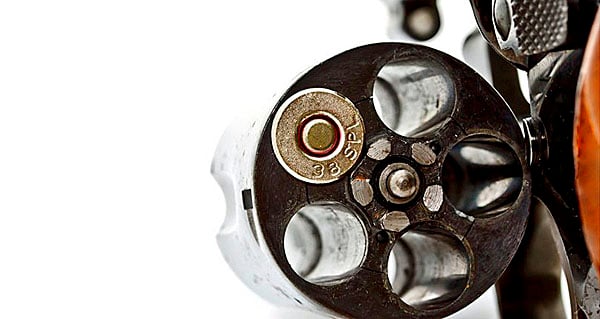 The pastor of Nashville Light Mission Pentecostal Church is being praised for tackling and subduing a gunman who stood up during a worship service and was waving a weapon at the congregation.

It was Pastor Ezekiel Ndikumana who tackled the suspect, later identified as Dezire Baganda, 26, at the church.

A report from the Daily Mail said the suspect had been sitting in the church for several hours, then pulled a gun, went to the podium and ordered everyone to stand up.

The pastor, who had pretended to run away, then charged the gunman from behind, tackling him and taking him down.

Ndikumana and others in the congregation then pinned the suspect down and held him until police arrived.

The pastor said the suspect was not a regular member of the church, but apparently had been to previous services. He’s now facing 15 felony counts of aggravated assault, the report said.

Ndikumana uses a translator as he is a Burundian refugee who doesn’t speak English. He told reporters through a choir member who translated that, “He wanted to kill. That’s what first came to my mind.”

The attack, on a security camera, reveals the pastor pretending to leave the room, but then walking behind Baganda and tackling him.

Mediaite reported police praised the actions of the pastor and congregation members who were able to prevent the suspect from firing any shots at all.