The quote, “I disapprove of what you say, but I will defend to the death your right to say it,” has been attributed to Voltaire, but the actual words possibly were by a historian who was describing Voltaire’s perspective.

Nevertheless, it has been used widely to describe a complete dedication to free speech.

But an Oakland activist who prints messages and logos on products and sells them is charging that the U.S. Postal Service intercepted his mail and inspected it, at least partly because of the message they contained.

The Institute for Justice confirms it has taken up the case of Rene Quinonez, who was contracted to print and provide four boxes of masks during COVID with message like “Stop Killing Black People.” 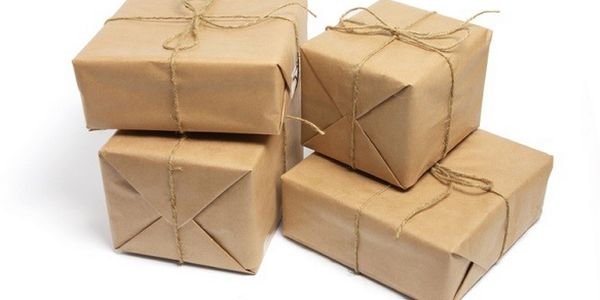 Quinonez now is working with the IJ to sue the USPS for “illegally stopping, seizing and searching a set of four ordinary boxes containing thousands of COVID-19 face masks bearing political messages.”

He runs Movement Ink, which focuses on providing those message-bearing articles for a variety of causes.

“Following the police killings of George Floyd and Breonna Taylor, organizers hired René to print as many face masks as possible to distribute to protestors marching for justice across the country. René, his family, employees and volunteers worked nearly nonstop to print, pack and ship the masks—which had messages like ‘Stop Killing Black People’—overnight to organizers in Brooklyn, D.C., Minneapolis and St. Louis,” the IJ explained.

But they didn’t arrive on time, and he was notified by the USPS that the boxes were “seized” by law enforcement.

Eventually it was revealed that officers claimed the boxes were like other brown boxes from other cities that held drugs.

“Based on nothing more, the Postal Service seized and searched the packages without obtaining a warrant, let alone having the probable cause necessary to obtain one. The masks eventually arrived, albeit multiple days (and protests) later,” the IJ reported.

“Our constitutional rights don’t stop at the post office door,” explained Jaba Tsitsuashvili, an attorney at the Institute for Justice. “The Fourth Amendment protects our right to send and receive mail, without worrying that it will be seized and searched without a warrant. Our lawsuit seeks to hold the officers accountable for violating René’s constitutional rights. Doing so means overcoming the near-absolute immunity from accountability erected by the courts when federal officials violate the Constitution.”

The explanations eventually offered up included that they were “frequently mailed parcels from the same sender/address,” that they came from a “cannabis-producing” region, when they didn’t, and that the boxes were “taped or glued on all seams” and therefore suspicious.

“I started Movement Ink to support the social justice community and earn an honest living for my family,” said René. “The government, whether it is a police officer or a postal inspector, doesn’t get to run roughshod over individual rights and get away with it.”

The legal challenge contends USPS violated the Fourth Amendment with the interception of the mail without reasonable suspicion, probable cause or a warrant.

It also alleges First Amendment violations, charging the USPS retaliated against him for his political speech.