Recession? Not if 'Presidentish Joe Biden says it ain't' 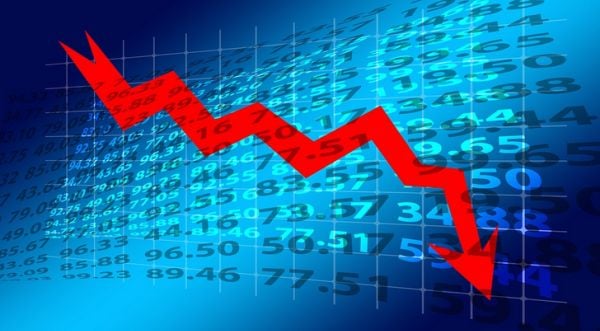 “When Presidentish Joe Biden says it ain’t, Jack,” explains a column at at PJMedia that talks about how Biden’s economic advisers are “moving the goalposts” on the economy.

It is Axios that reported the maneuverings that are going on in Washington to try to put a positive spin on the Joe Biden economy – the one with 9.1% inflation, horrific gasoline prices of $5 a gallon or more, exploding food prices, and such.

A recession traditionally has been defined as two successive quarters of negative “growth.”

But the Biden’s economic advisers, in advance of the Commerce Department’s estimate of growth during the second quarter next week, is insisting that “even if the number turns out to show a second straight quarter of negative growth, the U.S. economy was almost certainly not in a recession in the first half of this year.”

The report explained, “The White House is seeking to preempt heightened recession chatter that would accompany two quarters of shrinking GDP.”

The issue is that an estimate from the Atlanta Fed is that quarter two numbers will show a “growth” of minus 1.6%.

He noted the White House is trying to minimize the discussion about a recession by “changing the accepted definition.”

He noted White House Council of Economic Advisers chair Cecilia Rouse is claiming that a decline in the GDP in the second quarter, followed by the same thing in the first quarter, doesn’t “indicate a recession.”

He noted, “the contraction appears to be accelerating rather than easing off — just like that ‘transitory’ inflation.”

And Green pointed out many “big names” in the industry already think the recession is here.

“Can barely put gas in the car? Sick of being told by the secretary of Transportation to spend $60 grand you don’t have on a Tesla? Steak is now a rare treat (no pun intended)? You’re wondering how many extra years you’ll have to work to get your 401K back to where it needs to be?” he speculated. “These are just some of the pains Americans feel under the Biden administration, but the administration wants us to believe everything is hunky-dory.”

He charged, “This administration has a shabby habit of telling Americans precisely what we know not to be true: The southern border is secure, the Afghanistan bugout was not a failure, inflation is a high-class problem, etc.

“When second quarter growth — shrinkage actually — figures come out next week, Biden will try to tell us we aren’t really in a recession. And yet Americans’ wages are shrinking. There are still fewer Americans with jobs today than there were in February of 2020 before the lockdowns began. We can’t reliably buy baby formula, tampons, and an ever-changing list of seemingly random goods. The housing market is stalling, even as continued rising costs price more people out of homeownership. Interest rates are rising. Retirement portfolios are shrinking. Our credit cards are maxed out. Tech firms are slowing or eliminating new hiring, or even laying off existing workers.”