Respect for Marriage Act 'an exercise in tyranny' 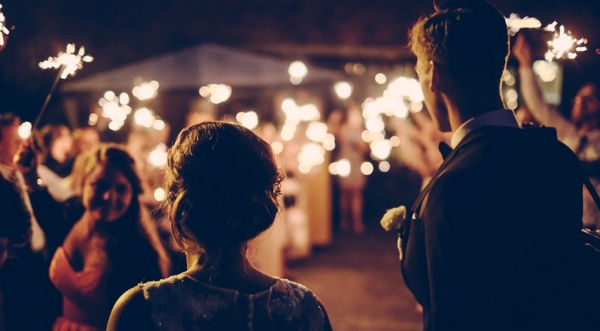 Some evangelical Christian figures and the Mormon church are supporting the federal Respect for Marriage Act, which effectively would codify the Obergefell Supreme Court decision that created a right for same-sex couples to obtain a marriage license.

The Church of Jesus Christ of Latter-day Saints explained in a statement that it still holds to marriage as the union of one man and one woman but believes the bill is the “way forward.”

“As we work together to preserve the principles and practices of religious freedom together with the rights of LGBTQ individuals, much can be accomplished to heal relationships and foster greater understanding,” the LDS statement said.

Meanwhile, David French – an evangelical Christian, political commentator, attorney and Iraq War veteran known for his vehement opposition to Donald Trump – explaining in a column for The Dispatch that he can support the bill without “backing down one inch from Christian orthodoxy” because “it represents the best compromise I’ve seen yet that protects the rights and dignity of all Americans.”

But the implications of enshrining gay marriage in federal law should be no mystery to anyone, contends John Daniel Davidson, a senior editor at The Federalist, including to the 12 Republican senators who voted to advance the legislation.

“What will happen is this: Christians, Jews, Muslims, and anyone else who dares maintain that marriage is a lifelong conjugal union between one man and one woman – the definition of marriage for thousands of years until the U.S. Supreme Court descended from Mount Sinai with Obergefell v. Hodges inscribed on stone tablets – will be branded a bigot and driven from the public square and marketplace,” he wrote.

Already, in the wake of the Supreme Court ruling, small business owners in the wedding industry have been sued and prosecuted for refusing to violate their religious beliefs, and it will only get worse, Danielson said.

“Religious colleges and universities will lose their tax-exempt status. Religious institutions of every kind, if they hold to their teachings and traditions about marriage, will face an onslaught from the Department of Justice and the federal bureaucracy,” he wrote.

Danielson contended the only justification for the proposed law is the “untrammeled exercise of power and the vigorous crushing of dissent.”

The bill repeals the Clinton-era Defense of Marriage Act with the aim of protecting same-sex and interracial marriage by requiring the recognition of valid marriages regardless of “sex, race, ethnicity or national origin.”

Democrats introduced it after the Supreme Court overturned Roe v. Wade, expressing concern about a concurring opinion from Justice Clarence Thomas arguing the rationale for Roe was the rationale for several other landmark decisions, including Obergefell. The House passed the bill in July with the votes of 47 Republicans. And on Nov. 16, the Senate cleared the 60-vote procedural hurdle required to move the legislation forward with a 62-47 vote in the evenly divided Senate.

Sullivan and Tillis – who both once backed constitutional amendments to ban same-sex marriage – have justified their support of the Respect for Marriage Act by pointing to GOP amendments they say will protect religious freedom.

However, Roger Severino of the Heritage Foundation, addressed the senators’ key claims one by one, arguing the issue is not “the ability to believe in man-woman marriage, but the ability to live out those beliefs meaningfully in society and not be labeled a bigot.”

Ultimately, Danielson argues, the “weak language” of the Respect for Marriage Act will not provide individuals and religious institutions with meaningful protections. Despite claims to the contrary, the IRS could put forward an interpretation of the law that justifies denying tax-exempt status to religious organizations as well as grants, licenses and contracts.

He sees the lumping of opponents of gay marriage with opponents of interracial marriage as an obvious effort to “smear” opponents “as bigots who aren’t just on the wrong side of history, but who are about to be on the receiving end of a federal government empowered to go after them.”