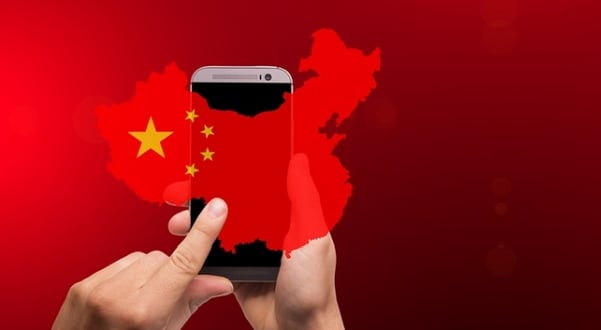 Cortes, a former financial-market commentator for CNBC, told Steve Bannon’s “War Room” on Friday that the “emerging axis of Beijing and Moscow” is emboldening the Chinese Communist Party to “finally make a move on Taiwan.”

Beijing, he said, sees “a weak leader in the White House and knows “they have a West that is unwilling to even take serious action against Moscow right now.”

Consequently, this “may be their window,” Cortes said in the interview, which was spotlighted by the Gateway Pundit.

“It may well be ripe for the taking to attack Taiwan,” he said.

Cortes pointed to the market indicators.

“Taiwan semiconductor, which is one of the biggest companies in the world, $500 billion market capitol, 50,000 employees. It is absolutely the epicenter of chip production, not just for the United States but for the entire world,” Cortes pointed out. “Look at the chart for Taiwan semiconductors . … It is already, as of yesterday, officially in a bear market.”

The value has declined more than 20% from a high that was reached just five weeks ago of $145.

“I believe the Taiwan semiconductor is a lead indicator telling us that that the risks for Taiwan are rising dramatically,” he said. “And it Taiwan becomes a fighting situation, if it becomes hot it will make the Ukraine situation look tame by comparison.”

China scholar Gordon Chang noted that early in his rule, Chinese Communist Party leader Xi Jinping based his legitimacy on taking Taiwan. Xi declared in October 2013 that the Taiwan issue must “reach a final resolution.”

The conflict over Taiwan’s independence, the Chinese leader said, “cannot be passed on from generation to generation.”

Some China watchers have argued that the United States could save Taiwan from Chinese invasion by promising to destroy the island’s infrastructure, or at least its chipmaking capability. Writing in Parameters, the U.S. Army War College’s quarterly, Air University’s Jared McKinney and Colorado State University’s Peter Harris said Taipei and Washington should make the island “unwantable.”

But Michael Turton, a Taiwan resident and Taipei Times columnist, argued this month that China “wanted Taiwan long before TSMC was churning out chips, and would want it even if TSMC had never existed.”

“It wants Taiwan because, like Nazi Germany, it is an expansionist power driven by racist ideologies and racist history.”