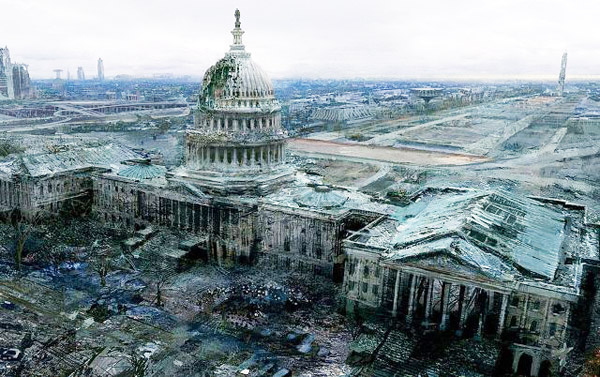 Joe Biden’s foreign policy positions have been described by experts as “weak” and “feckless,” and at one point former director of National Intelligence John Ratcliffe called it a “surrender and retreat” agenda.

The results have been predictable: Radical elements around the globe, from China to North Korea and back, have turned more and more belligerent.

But a report from American Military News now has documented perhaps the most blatant threat to date.

“A Russian state television host threatened on Sunday that the U.S. could be ‘reduced to radioactive ash’ if it does not meet the demands laid out by Russia for deescalating tensions around Ukraine,” the report explained.

Russia has demanded that NATO, the North Atlantic Treaty Organization in which the U.S. plays a prominent role, must “roll back military deployments in eastern Europe and bar Ukraine and other post-Soviet nations from joining the alliance,” the report said.

It was Dmitry Kiselyov, on the News of the Week state-TV program, who lashed out:

“The U.S. and NATO must roll back from our borders, otherwise we will, figuratively speaking, ‘roll up’ to their borders and create symmetrical, unacceptable risks… If you put a gun to our head, we will respond in kind,” he charged.

“Never before has anyone published the texts of the proposed treaties, but never before in the 21st century has the situation been so acute, and the risks so great,” he continued.

Russian chief Vladimir Putin had started the discussion recently, stating: “If some kind of strike systems appear on the territory of Ukraine, the flight time to Moscow will be seven to 10 minutes, and five minutes in the case of a hypersonic weapon being deployed. What are we to do in such a scenario? We will have to then create something similar in relation to those who threaten us in that way. And we can do that now.”

Putin long has been enraged that some regions that once were part of the Soviet Union are making connections with the West. He’s long wanted NATO, the U.S. and their influences to remain far away.

Recently, he claimed NATO forces are preparing to deploy intermediate-range nuclear forces in Europe and said Russia would be “forced” to do the same.

He’s been massing tens of thousands of troops near Ukraine’s border for weeks, much like Russia’s move against Georgia in 2008, and the action that resulted in annexation of Crimea in 2014.

Putin has said his aggressive posture is really defense.

“They are to blame for what is happening in Europe now, for the escalation of tensions there. Russia had to respond at every step, and the situation was continuously going from bad to worse. It was deteriorating all the time. And here we are today, in a situation when we are forced to resolve it,” he said.

The Gateway Pundit noted the threat, and said the TV host warned, “We’re holding very strong cards in our hands. Our hypersonic weapons are guaranteed to produce a response that is so unpleasant for America to hear: being reduced to radioactive ash.”