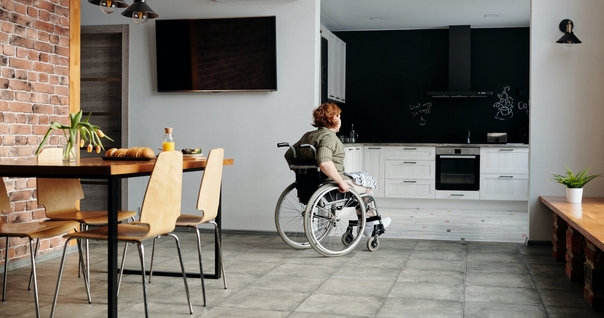 A school district in Indiana has agreed to stop sending disabled students home for their classes, under a settlement reached with the Department of Justice after it investigated the district for disability discrimination.

“Students with disabilities, like all students, belong in classrooms where they can learn — not locked away or otherwise segregated from their peers. When school districts improperly seclude or restrain students with disabilities, they inflict grievous harm on some of America’s most vulnerable children,” said Assistant Attorney General Eric Dreiband of the Civil Rights Division.

“Students with emotional and behavioral disabilities need additional supports in the classroom, not practices that keep them out or subject them to isolation and trauma. We look forward to working with the North Gibson School Corporation as it implements this settlement agreement to provide students with disabilities equal access to education — a right guaranteed to them by the Americans with Disabilities Act.”

The settlement was reached with the North Gibson School Corporation in Princeton, Indiana.

It follows an investigation conducted under Title II of the Americans with Disabilities Act into a complaint that the school district inappropriately secluded and restrained students with emotional and behavioral disabilities in the district’s self-contained classrooms.

The investigation found students as young as five years old were secluded and restrained improperly and repeatedly, resulting in days, and sometimes weeks, of lost instructional time.

The investigation also looked into claims the district “regularly and inappropriately sent these students home early from school, placed them on abbreviated school days, and assigned them to homebound instruction.”

“We are better as a community when our schools serve all of our students,” explained John Childress, acting U.S. Attorney for the Southern District of Indiana. “Our schools should be places where all children have the best chance to learn and grow and this agreement is a significant step toward achieving that goal.”

The settlement has the school taking steps to make sure there’s no discrimination in its practices.

“The district will, among other things: change its policies to prohibit use of seclusion rooms; report all instances of restraint and review whether they were justified; take steps to avoid placing students with emotional and behavioral disabilities on an abbreviated school day or homebound instruction and document those steps; create and implement a procedure for handling complaints of disability discrimination; provide appropriate training and resources to help schools implement the agreement; and appoint an Intervention Coordinator to ensure the district’s compliance with the agreement and Title II of the ADA,” the DOJ said.