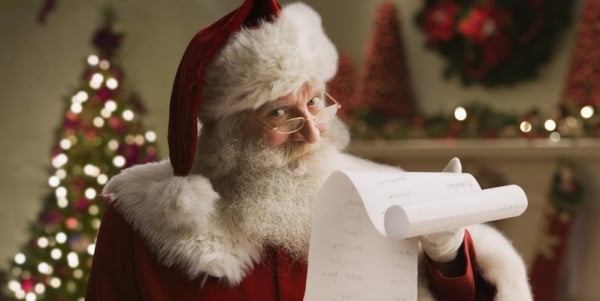 A member of the U.S. Senate is accusing Joe Biden of spending U.S. tax dollars to set up a “naughty and nice” list of media organizations, specifying that leftist groups are trustworthy and conservative outlets are not.

.@POTUS is paying more than $5M to a group called Hack/Hackers which is making lists of orgs & media they think should & should not be trusted.

On social media, Sen. Joni Ernst, R-Iowa, explained that Biden “is paying more than $5M to a group called Hack?Hackers which is making lists of orgs & media they think should & should not be trusted. They’ve basically created a naught & nice list to police the content posted by family & friends.”

Fox News is reporting that it was in October when the Analysis and Response Toolkit for Trust, run by those at Hacks/Hackers and the University of Washington, got $5 million from the National Science Foundation.

Part of the operations are suggestions for leftist responses people can use. For example, the lessons instruct, “If the post uses manipulative techniques, gently point them out,” with an appropriate comment, “You may want to be cautious about claims like this, which is using conspiratorial thinking to evoke an emotional response.”

The contention is that the statement being challenged is “conspiratorial,” ironically much like the “Russia collusion” claims that Democrats and the FBI launched against President Trump in 2016.

Those claims, of course, have been debunked and the only conspiracy there was the leftists’ conspiracy through which they attacked Trump.

Explained Fox, “Users are encouraged to plug in their friends and family’s Twitter and Facebook posts to determine how ‘harmful’ they may be. ARTT has said that influencing the views of others is more successful when it comes from friends and family, as opposed to a social media fact-check.”:

The programming offers “tools” to cite “official sources” and the like in discussions on various topics.

The report added, “Hack/Hackers is also in the process of developing a rating and categorization scale for the reliability of sources and utilizing their tools on Wikipedia to determine ‘credible sources’ for readers.”

The report said the project already has ruled accurate sources like The Daily Wire and the Daily Mail as “unreliable” as they are “conservative.”

Leftist publications have been marked “reliable.”

Ernst told Fox News Digital, “If you dare to share from the naughty list, instead of coal you’ll get trolled. And instead of stockings stuffed with treats, you might just get ‘stalkings’ online and censorship under the tree!”