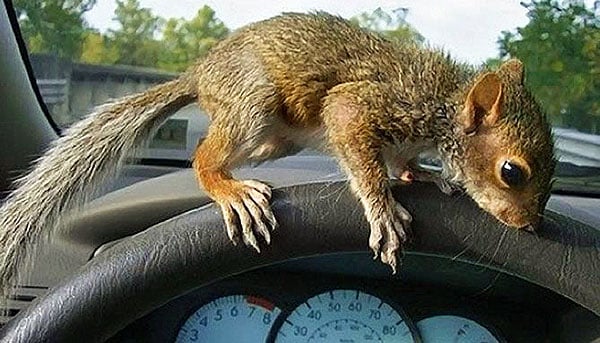 Politically correct ideologues these days insist that pay be equal, property ownership be equal, jobs be equal, everything has to be equal – even the pregnancies of “birthing people.”

And if you think that goes too far in the human world, wait until you hear about the researchers who are looking into animal “inequality.”

The College Fix cited headlines that have appeared in recent publications, including, “Squirrel privilege is real,” “Checking privilege in the animal kingdom,” and “Even Hermit crabs have wealth inequality.”

Those, the report explained, are from Salon and The New York Times and “represent a growing trend among scholars and the media to tackle animal ‘inequality.'”

In a piece that appeared in January, the World Economic Forum said, “Inequality is a threat to our social fabric, but it’s not just a human problem.”

“Animals are divided by privilege, too,” argued the posting, based on an essay in Behavioral Ecology that triggered a round of comments on the issue.

The Forum charged, “Mammals, fish, birds and even insects have been shown to benefit from inherited wealth and abilities … Some have a better quality of life than other members of the same species – including access to food and shelter – just because of their parents’ status.”

“Spotted hyenas inherit their rank in the pack from their mothers and these high-status families tend to be larger and outlive other families. Individual females often join to defend shared territory, with the highest born having the most access to resources,” the report explained.

Clownfish are better protected from predators when they inherit, and more.

Explained the College Fix, “The forum’s piece then segued into a human-focused section labeled ‘extreme inequality,’ noting that while ‘the top 1% of the wealthiest people own 38% of all wealth created since the mid-1990s, the poorest 50% of people have gained just 2% of it.'”

The College Fix documented that, “most writers covering this topic failed to note the obvious lesson of such studies, but at least one reporter did spot it, Spencer Brown of Townhall in his piece ‘Animal ‘Privilege’ Accidentally Undercuts Leftist Narrative.'”

That would be that the lesson that social systems can exist successfully without any forced “equality” agendas that leftists use “to justify its attempts at socially engineering a more equitable world.”

The report also noted that the idea of animals inheriting resources was studied as long ago as the 1950s.

The College Fix noted the recent Behavioral Ecology piece was authored by ecologist Jennifer Smith of Mills College and others.

They claimed, “Cultural and historical factors shape the expression of privilege in human societies. Yet, parallels exist in how privilege emerges in both human and animal societies. … Here, we illustrate the evolutionary diversity of material wealth transfer (a form of privilege that is ubiquitous across species of animals…), and its disparity-generating effects in five divergent taxonomic lineages of animals.”

The report commented on a previous publication by Smith about female leadership – where she lamented Hillary Clinton’s 2016 presidential election loss, and also “discuss[ed] several species of mammals with matriarch-led social groups and what lessons we humans can learn from them and perhaps apply to our own society.”