State orders engineer not to talk about – engineering! 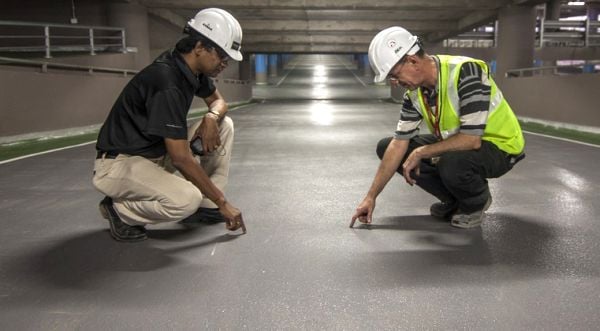 A retired engineer living in North Carolina has been threatened with criminal charges for talking about – engineering.

And the Institute for Justice has taken up his claim to have First Amendment rights to participate in such discussions by filing a lawsuit on his behalf.

At issue is that although Wayne Nutt graduated with an engineering degree and worked in the field his entire 40-year career, he worked for a corporation and under the “industrial exception” was not required to hold his own engineering license.

The dispute arose when he offered comment on a piping system that reportedly flooded a couple of homes.

The North Carolina Board of Examiners for Engineers and Surveyors rejected his comments, not saying his comments were wrong but that they were illegal.

“The First Amendment protects our right to hear useful speech on complex topics. Talking about engineering is just that – talking – and the government has no business forbidding Wayne or anyone else from talking about their own knowledge and experience,” said Robert McNamara, an IJ lawyer.

Nutt also has commented to state and county governments and testified before a county commission on various issues.

The state board sent him a certified letter warning that he was under investigation for possible criminal charges.

“It’s absurd that I spent decades practicing as an engineer but now can’t speak about engineering without a state license,” he said. “Just as any other American, I have a right to speak out when I see something that is wrong. The board should not be able to silence me, or anyone else, when stating an opinion. And, in my case, an opinion I can back up with my knowledge of engineering and my years of experience.”

The IJ pointed out that the board is known for such antics, and it previously sued a photographer who was using drones to take informational photographs, which he sold.

The board accused him of performing surveying work without a license.

“In this country, we rely on people to decide who they want to listen to rather than relying on the government to decide who gets to speak,” said IJ Attorney Joe Gay. “North Carolina’s engineering board is getting that important principle exactly backwards.”

The legal team previously won fights on First Amendment grounds for an Oregon engineer who commented on the timing of traffic lights, for a Mississippi mapping company, a veterinarian in Texas and tour guides in South Carolina.

“Occupational licensing boards are the new censors in America, and they wield their power aggressively,” said IJ President Scott Bullock. “As occupational-licensing laws take up more and more space in the American economy, it is more important than ever that courts be vigilant to prevent them from taking over the First Amendment as well.”

The complaint explains the focal point of the problem: “The board’s position is that it is perfectly legal for Wayne Nutt to spend decades gaining hands-on engineering expertise by designing pipes that are actually built (and supervising other people’s design of pipes that were actually built) but that it would be unlawful for him to simply publicly state his opinions about a pipe designed by someone else.”

It continued, “But for the threat of enforcement of North Carolina’s extremely broad prohibition on the unlicensed ‘practice’ of engineering, Nutt would be able to continue his longstanding public advocacy on engineering topics without fear of criminal punishment.”

The case seeks an injunction against the board’s enforcement of a speech ban.