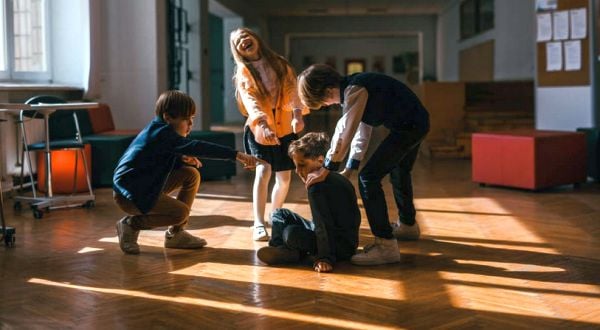 The mother of a 13-year-old boy who was facing relentless verbal and physical bullying at his Texas middle school is partnering with the Goldwater Institute to try to get information on just how bad the school’s bully infestation is.

The Institute reported the situation involves Terrie Chumchal and her son, who for two years has endured bullying from other students, mostly because of his Korean American heritage.

“One horrifying assault even left the now-eighth-grader with a ruptured ear drum,” the institute said.

So Chumchal began by asking the district for details about its bullying problem.

The response she got was that she could have some answers – if she paid a $7,000 fee to the school.

“Parents shouldn’t have to pay thousands of dollars just to access simple information about what’s happening in their children’s schools,” explained Warren Norred, a lawyer volunteering his services with the Goldwater American Freedom Network.

“Texas law is clear on the matter—and I intend to fight this excessive public records fee and defend Terrie’s right to access public information.”

He has filed an appeal with the Texas attorney general’s office of the district’s “excessive fee demand.”

She was just trying to find out the extent of the issues inside the district. To do that, she submitted a public records request asking for the number of bullying and assault incidents and police and grievance reports.

“In response, the district’s lawyers told Terrie that accessing this simple information would cost $7,111.12 in public records fees,” Goldwater reported.

“My son has been the victim of bullying and assaults for over two years. When I have asked questions about these incidents, I receive inconsistent responses from different district administrators. Other families have publicly voiced the same concerns, so this is why I requested this information,” she said, in a report released by Goldwater. “We deserve to have insight as to how significant these issues are within our district. Don’t I have the right to know what’s going on in my own child’s public school?”

The institute explained she requested only the number of reports – not confidential information that would be in their content.

“This is information that a school district should easily be able to obtain and provide to parents without concern of sharing private or sensitive information,” Goldwater said.