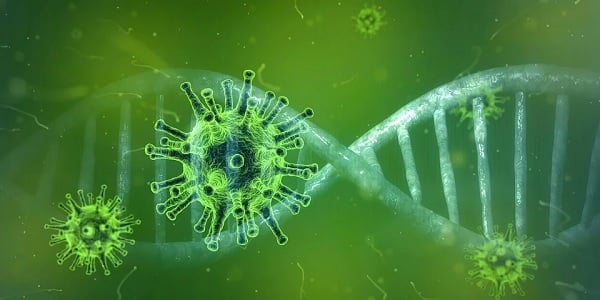 Contrary to the CDC’s claim that the mRNA COVID-19 vaccines do not “change or interact with your DNA in any way,” a new Swedish study finds Pfizer’s shot goes into liver cells and converts to DNA.

It’s the first time that researchers have shown in vitro – or inside a petri dish – how an mRNA vaccine is converted into DNA on a human liver cell line, the Epoch Times reported.

It’s precisely what health experts and fact-checkers said for more than a year could not occur.

Dr. Peter McCullough, an internist, cardiologist and epidemiologist who is one of the leading critics of the COVID vaccines, said the findings have “enormous implications of permanent chromosomal change” that could drive a “whole new genre of chronic disease.”

The CDC assures Americans that the mRNA and the spike protein it produces in COVID-19 vaccines to create an immune response “don’t last long in the body.” On its website, the agency states: “Our cells break down mRNA and get rid of it within a few days after vaccination. Scientists estimate that the spike protein, like other proteins our bodies create, may stay in the body up to a few weeks.”

Further, the CDC says on a web page titled “Myths and Facts about COVID-19 Vaccines” that the “genetic material delivered by mRNA vaccines never enters the nucleus of your cells.”

However, the researchers at Lund University in Malmö, Sweden, found that the mRNA vaccine enters human liver cells and triggers the cell’s DNA in the nucleus to increase the production of the LINE-1 gene expression to make mRNA.

The whole process occurred rapidly, within six hours, concluded the study, which was published by the university’s Department of Clinical Sciences.

Pfizer did not comment on the study’s findings, the Epoch Times reported, stating only that its mRNA vaccine does not alter the human genome.

“Our COVID-19 vaccine does not alter the DNA sequence of a human cell,” a Pfizer spokesperson told paper in an email. “It only presents the body with the instructions to build immunity.”

Earlier this month, as WND reported, a peer-reviewed study published in the prestigious journal Cell by researchers at Stanford University found that the spike protein created by the COVID vaccines remains in the body much longer than believed and at levels higher than those of severely ill COVID-19 patients.

The Stanford researchers tested the duration of the protein in the body for 60 days and found that it lasted at least that long.

Dr. Robert Malone, the key inventor of the mRNA technology platform that later was used in the Pfizer-BioNTech and Moderna vaccines, described the implications of the Stanford study as a potential “health public policy nightmare” in an analysis on his Substack page.

The Swedish researchers also concluded the spike proteins expressed on the surface of the liver cells through the vaccine could target the immune system and possibly cause autoimmune hepatitis. They noted “case reports on individuals who developed autoimmune hepatitis” after getting the Pfizer shot.

The authors of the study cited the case of a healthy 35-year-old female who developed autoimmune hepatitis a week after her first dose of the Pfizer COVID-19 vaccine. The researchers said there is a possibility that “spike-directed antibodies induced by vaccination may also trigger autoimmune conditions in predisposed individuals.”