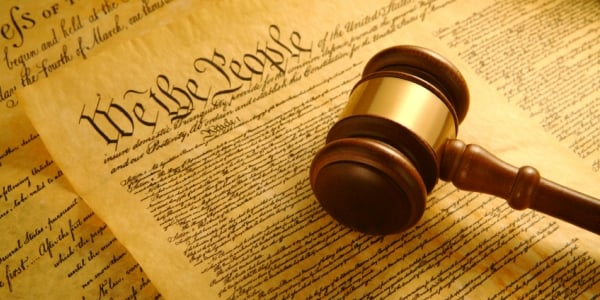 The Supreme Court has been asked to decide that schools are not allowed to regulate the speech of students when they are off-campus.

The student failed to make the varsity cheerleading squad then posted a derogatory Snapchat statement.

“She shared the post over the weekend and outside school grounds—but one of her Snapchat connections took a screen shot and shared it with the cheerleading coaches, who suspended B.L. from the J.V. squad. The student and her family sued the school,” EFF said.

The U.S. 3rd Circuit Court of Appeals held that the school has limited power to punish students for speech made off-campus.

But the case was elevated to the Supreme Court by the school.

“Like all Americans, students have free speech protections from government censorship and policing,” said EFF Stanton Fellow Naomi Gilens. “In the 1969 case Tinker v. Des Moines, the Supreme Court carved out a narrow exception to this rule, allowing schools to regulate some kinds of speech on campus only in limited circumstances, given the unique characteristics of the school environment. Interpreting that narrow exception to let schools punish students for speech uttered outside of school would dramatically expand schools’ power to police students’ private lives.”

EFF also said protecting students’ off-campus speech, including on social media, “is critical given the central role that the internet and social media play in young people’s lives today. Not only do students use social media to vent their daily frustrations, as the student in this case did, but students also use social media to engage in politics and advocacy, from promoting candidates during the 2020 election to advocating for action on climate change and gun violence.”

Gilens said the Supreme Court “should uphold the Third Circuit ruling and guarantee that schools can’t chill children and young people from speaking out in their private lives, whether at a protest, in an op-ed, in a private conversation, or online, including on social media.”

The brief explains students use social media for discussing a variety of issues.

“For example, when 19-year-old Zoie Terry became one of the first students to be quarantined (for COVID-19) at the University of Alabama’s isolation facility, her posts and interviews about the experiences on TikTok led to important changes in university policies, including medical monitoring of quarantined students,” the filing said.

“Social media has shown itself to be a powerful tool not just for young activists, but also for students seeking to discuss and criticize aspects of their lives at school.

“The First Amendment applies even where new technologies amplify speech, along with all of its accompanying consequences.”