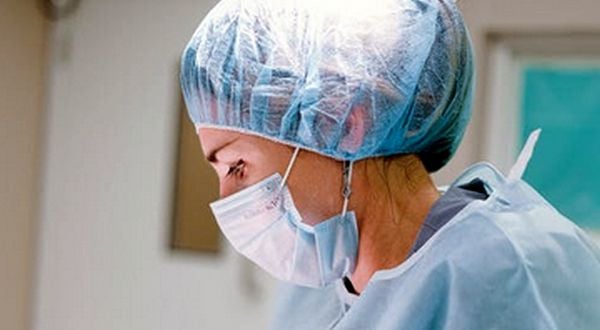 The U.S. Supreme Court is being asked to hold accountable two prosecutors in New York state who brought bogus charges against a number of immigrant nurses – as part of a scheme to try to hold them in indentured servitude.

The prosecutors, according to the 2nd U.S. Circuit Court of Appeals, are protected by immunity even though “their actions are intentional, bad-faith violations of constitutional rights.”

It is the Institute for Justice that is fighting on behalf of the 10 immigrant nurses who were tricked into coming to the U.S. by a “politically corrupt nursing home company.”

“Absolute prosecutorial immunity prevents victims of appalling prosecutorial misconduct from receiving justice in civil court, even when the prosecutors act in blatantly unconstitutional ways,” said IJ attorney Ben Field. “We’re asking the Supreme Court to hear this case and reconsider the doctrine of absolute immunity so that victims can have their rights vindicated.”

The back story is that the nurses were recruited from the Philippines to work at Sentosa, a nursing home operator in New York.

“They were told they would be working at one of Sentosa’s nice-looking facilities and located near quality housing, and they signed a contract saying they would work there for three years. However, when the nurses arrived in New York, they were housed in overcrowded apartments, given fewer benefits than promised, and were subjected to grueling work conditions at facilities that did not match what they were promised,” IJ reported.

They reached out to the Philippine consulate, and after discussion the company’s breach of contract with a lawyer, quit their jobs – but only after their shifts were finished so that patients would not be endangered.

Their lawyer, Felix Q. Vinluan. also filed a federal discrimination claim on the nurses’ behalf with the U.S. Department of Justice.

The retaliation was immediate, the IJ reported. It said Sentosa reported the nurses to the state licensing agency, but officials found the nurses did nothing wrong. Then it filed suit in state court, which failed. Then it complained to the Suffolk County Police Department, which investigated but took no action against the nurses.

The IJ noted, “Instead of acknowledging they had no case against the nurses who innocently quit a bad job, Sentosa reached out to then-Suffolk County District Attorney Thomas Spota and his assistant Leonard Lato. Despite knowing that previous investigations had found the nurses did nothing wrong, Spota and Lato secured an indictment against the nurses for patient endangerment and conspiracy. They also charged Felix for providing legal advice and filing a discrimination claim with the federal government. ”

He said, “I never thought I’d be criminally charged simply for doing my job. The district attorney trampled on my rights and the nurses’ rights when he indicted me for providing the nurses with legal advice.”

Eventually an appeals court found Spota and Lato brought he cases “without” jurisdiction and violated the First Amendment rights of the lawyer.

A court order accompanied the ruling that said the prosecutions must stop.

“However, when Felix and the nurses brought a federal civil-rights lawsuit against Spota and Lato, the 2nd U.S. Circuit Court of Appeals ruled the two prosecutors were entitled to absolute prosecutorial immunity,” the IJ reported.

The protection leaves them without liability even when “their actions are intentional, bad-faith violations of constitutional rights,” the report said.

“The illegitimate prosecution brought by Spota and Lato blatantly violated the rights of Felix, Juliet and the other nurses, and they deserve to have those rights vindicated,” said IJ Attorney Brian Morris. “A corrupt former district attorney should not be above the law.”