The Christmas cure for our epidemic of loneliness

While many people are worrying about a tri-demic this winter, I’m far more concerned about an often overlooked epidemic affecting 2 billion people around the globe: loneliness. It’s a disease that has morphed into a culture war because humans ignore and contest its symptoms and power, and then battle its true remedies. Let me explain.

Most people have struggled with loneliness, at least at some point in their lives. But for a hundred million Americans and billions around the world, the situation is often much more dire.

The BBC launched the Loneliness Experiment on Valentine’s Day 2018: “A staggering 55,000 people from around the world [from 237 different countries, islands and territories] completed the survey, making it the largest study of loneliness yet.”

The results? Lonely people around the world ranged from 1 in 3 to 4 in 10, with younger adults (ages 16-24) being the loneliest. 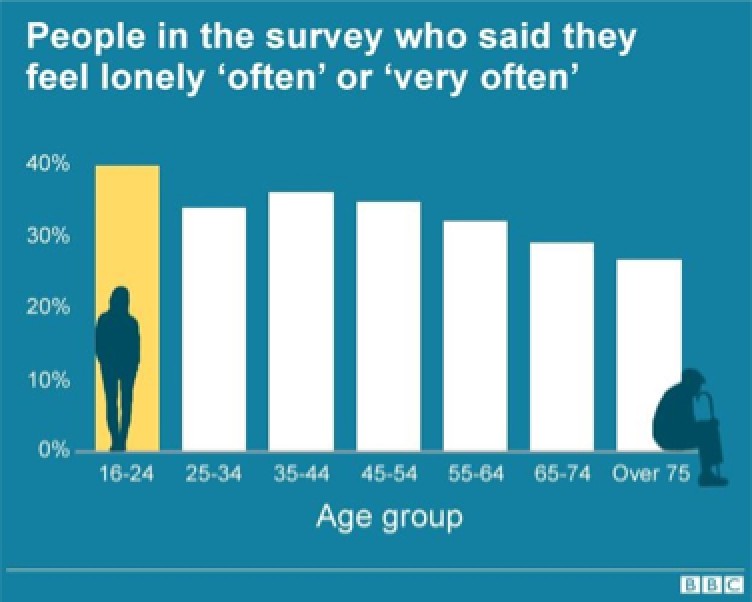 In America, however, loneliness seems to be going viral.

In 2019, NPR reported that “more than three in five Americans are lonely, with more and more people reporting feeling like they are left out, poorly understood and lacking companionship,” according to a national survey. 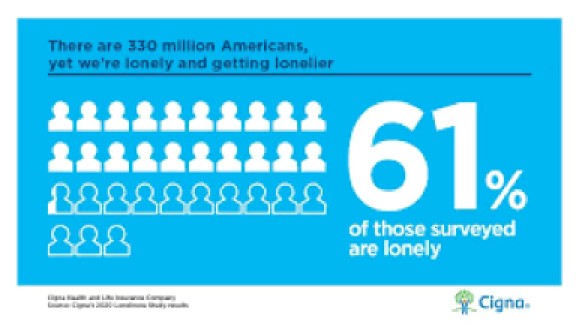 NPR reported that “Social media use was tied to loneliness as well, with 73% of very heavy social media users considered lonely, as compared with 52% of light users.”

“But feelings of isolation were prevalent across generations. Gen Z – people who were 18 to 22 years old when surveyed – had the highest average loneliness. …”

Both the domestic and global polls about loneliness above were taken before the lockdowns, so you can imagine how the past few years have intensified loneliness. They of course have increased in every category.

I’m sure it’s no surprise to most of my readers that even “famous” people suffer from loneliness. Truth is, the percentage might even be higher for us who are deemed so. We think all that “people attention” satisfies their loneliness, but it can actually deepen the hole.

Here’s a short list of some famous people who have been honest about their loneliness:

According to a 2017 article in Rolling Stone magazine, tech entrepreneur Elon Musk has it all – except love. Musk started four billion-dollar companies – PayPal, Tesla, SpaceX and Solar City, and then recently acquired a fifth in Twitter. However, after his third divorce and his breakup with his actress girlfriend, Musk confessed that he had no one with whom to share his luxurious lifestyle. The second-richest man in the world, now worth $176 billion, said, “Going to sleep alone kills me.” He hesitated, shook his head, faltered, then continued. “It’s not like I don’t know what that feels like: Being in a big empty house, and no footsteps echoing through the hallways, no one over there. … How do you make yourself happy in a situation like that?” He then added, “When I was a child, there was one thing I said: ‘I never want to be alone.'” And then he whispered again, “I never want to be alone.”

I agree. Who does?

All the above examples of famous people are one more proof that riches, popularity and worldly success can’t satisfy a lonely heart.

There’s no doubt that most of us have tried to fill that hole in our hearts with the worldly stuff of this life, and that includes me. For too many years, I bit the hook of the Hollywood lifestyle. It gave flickers of temporary highs and happiness but no permanent remedy to the longings of the soul.

Try as we might, and most of us do, we can’t find contentment under a Christmas tree either. Not even the great St. Nick can gift us the holy grail to satisfy our longings for relationship.

In fact, overexposure to wrong remedies for loneliness can multiply its intensity and be physically crippling, even deadly.

From the U.S. National Library of Medicine, an article in the The Indian Journal of Psychiatry, “Loneliness: A disease?” concluded: “Loneliness is not necessarily about being alone. Instead, ‘it is the perception of being alone and isolated that matters most’ and is ‘a state of mind’. ‘Inability to find meaning in one’s life’, ‘Feeling of negative and unpleasant’ and ‘A subjective, negative feeling related to the deficient social relations’ ‘A feeling of disconnectedness or isolation.’ etc., are the other ways to define loneliness.

“Loneliness may be pathognomic of depression in old age. It is reported to be more dangerous than smoking; high degree of loneliness precipitates suicidal ideation and para-suicide, Alzheimer’s disease, and other dementia and adversely affects the immune and cardio-vascular system. It is a generally accepted opinion that loneliness results in a decline of well-being and has an adverse effect on physical health, possibly through immunologic impairment or neuro-endocrine changes. Loneliness is thus, among the latent causes of hospitalization and of placement in nursing homes.

“[To] date loneliness is being treated as a symptom of mental health problems; however, for elderly (aged 60 years and above), loneliness has become a disease in itself. There are epidemiological, phenomenological, and etiological reasons to say that.”

So, what then is the real remedy or cure for the disease and epidemic of being lonely?

I’m sure many of you have your prescriptions. My wife, Gena, and I believe the answer lies at the heart and purpose of Christmas, with all respect to those who believe contrary or otherwise.

We believe loneliness doesn’t have to be detrimental. In the end, maybe it’s nothing more than a road sign intent on leading us to a larger picture about ourselves and others. In that respect, it’s like homesickness. It can drive us to a destination.

If there’s one purpose for life that is universally crystal clear, it is that we were created for community. We might think we are islands, self-sufficient strongholds, but isolation can slowly kill us, literally.

Gena and I believe the two primary relationships that can fill our loneliness cup are with God and others. Both are critical, you can’t have one without the other. The former empowers us for the latter, which is why our relationship with God should be our greatest priority. We properly love others because He first loved us.

The Christmas season reminds us of this relational reality. It holds the cure for loneliness. It is the pot of gold at the end of the loneliness rainbow.

The Gospel writer Matthew, who documented Jesus’ life and ministry, cited the prophet Isaiah, who said that the Messiah would be born 2,000 years ago and be called “Immanuel,” which means in Hebrew “God with us.” God with skin on.

Jesus is the very image and reflection of the Invisible God. We are made in the image of God, but He is the image of God. He showed us perfectly who God is and what He’s like.

That is the reason He told us that the greatest commandment was to “love God and love others.” In other words, it’s our relationships with God and others that are the primary duty, purpose and connection of our human life. That is why they are also the cure for loneliness.

Pastor Rick Warren, author of the New York Times bestseller, “Purpose Driven Life,” put it perfectly: “God hates loneliness, and community is God’s answer to loneliness. When we walk alongside other people, we find a community where we learn how to love.”

I guess the angel Clarence in the climactic ending of the classic Christmas movie, “It’s a Wonderful Life,” was spot on when he told George Bailey (played by Jimmy Stewart): “No man is a failure who has friends.”

From our house to yours, we wish you a very soul-filling Merry Christmas and the most-prosperous 2023!

(If you doubt, struggle or want to further explore faith and spiritual issues during this holiday season and new year, I encourage you to download this FREE E-copy of the book, “God Questions: Exploring Life’s Greatest Questions About God,” which tackles tough questions about God and gives evidence to support them. And to help your smaller kids and grandkids, our good friend and former Arkansas governor, Mike Huckabee, is giving away FREE copies of “The Kids’ Guide to the Bible” and more. Simply go to FreeJesusGift.com or FreeJesusBundle.com and request yours!)