After permanently banning President Trump and many conservative voices, Twitter has launched a new “fact-checking” program called Birdwatch that allows some users to slap warning or “misinformation” labels on tweets.

The company said Monday it will begin a pilot program with 1,000 users who will be able to add notes to tweets to “provide context.”

Initially, the notes will be visible only on the public Birdwatch website and not on Twitter itself. 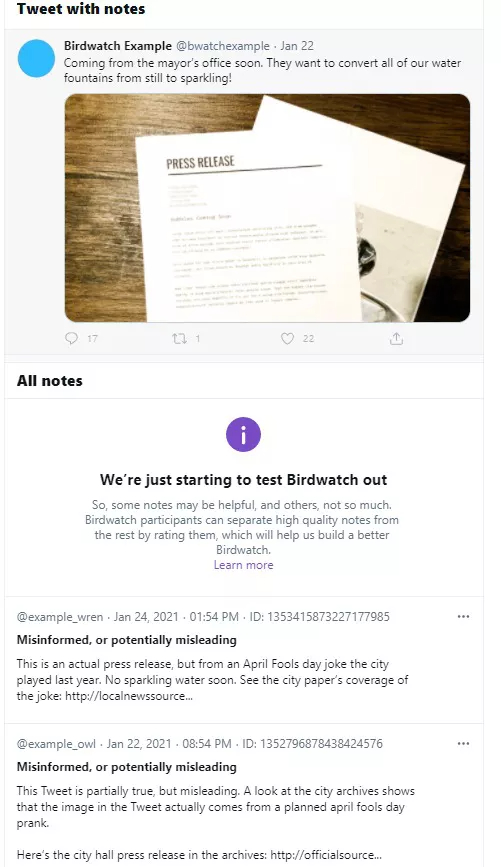 Twitter’s vice president of product, Keith Coleman, wrote in a blog post the company believes its program “has the potential to respond quickly when misleading information spreads, adding context that people trust and find valuable.”

“Eventually we aim to make notes visible directly on Tweets for the global Twitter audience, when there is consensus from a broad and diverse set of contributors,” he said.

Twitter said “the goal is to build Birdwatch in the open, and have it shaped by the Twitter community.”

“We know there are a number of challenges toward building a community-driven system like this — from making it resistant to manipulation attempts to ensuring it isn’t dominated by a simple majority or biased based on its distribution of contributors,” Coleman said. “We’ll be focused on these things throughout the pilot.”

Restaurant refuses to serve customers BECAUSE they're pro-life, pro-family

Democrats' newest push is to give KIDS the vote