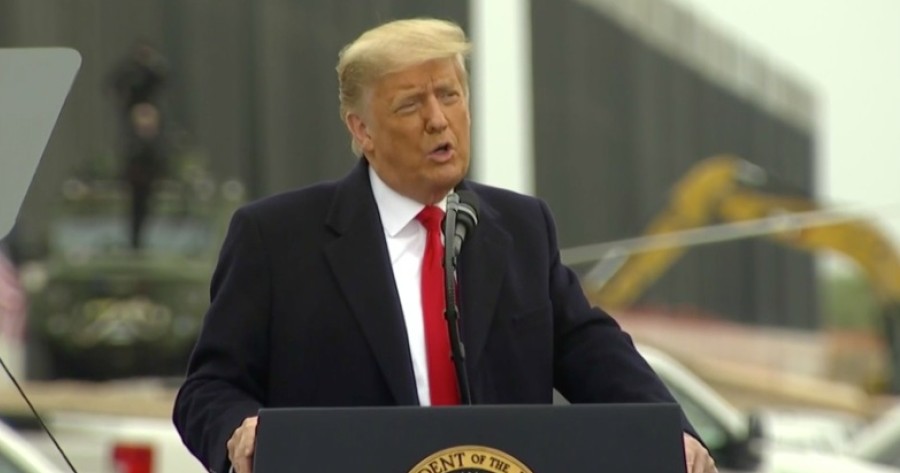 Former President Trump reacted Thursday night to President Biden’s claim during his first solo news conference that Trump left migrant children to “starve to death” on the Mexican side of the border.

Biden told reporters Thursday afternoon: “When an unaccompanied child ends up at the border, we [aren’t] going to let them starve to death and stay on the other side – No previous administration did that either, except Trump. I’m not going to do it.”

Trump, in an interview with Fox News’ “Ingraham Angle,” said “it’s just the opposite.”

“By the time we finished what we were doing [on the border], very few people were coming up because they knew they weren’t going to get through. We stopped ‘catch and release’ – which was a disaster,” he said.

“The very biggest thing was, we had the Remain In Mexico policy, and that means that we wouldn’t allow people to wait in our country until they were totally checked out, which most of them didn’t get checked out, and they would go back to their own country.

“If young kids were with parents, but a lot of times, they weren’t, and we would take care of them, but … what they are doing now is outrageous. And they should finish the wall.”

Biden has opened new detention centers to handle the surge of unaccompanied minors.  And foster parents have been asked if they would each be willing to take in more than two dozen migrant children.

Trump accused the Democratic majority in Washington of “destroying” the country.

“They can’t be allowed to destroy our country, and at the southern border, they are destroying our country, and gasoline prices are going up. We are energy-independent. I created that,” Trump said.

“But in another couple of months, we won’t be, and take a look at what is happening to the price of gasoline. It’s [increased] over a dollar, that is like a big tax increase to people. That is the same thing, equivalent, and even greater than a big tax increase.”

He said China’s “absolute embarrassment” of the United States in the meeting in Alaska never would have happened under his administration.

Chinese diplomat Yang Jiechi scolded the U.S. representatives, National security adviser Jacob Sullivan and Secretary of State Antony Blinken, insisting they had not authority to speak out on human rights issues because of problems at home such as racism.

Trump said if China had exhibited such behavior while he was president he have doubled the tariffs.

“I took in billions and billions of dollars from China. We were bringing businesses back. It was really going well. And China respected us. They never spoke to us the way they spoke [to Biden’s team],” he said.

Replying to a question about his support from minorities, Trump noted accomplishments such as criminal justice reform and the lowest unemployment rate for minorities ever recorded.

Democrats, he said, are unable to address such issues, so they “throw out the race card.”

He also noted the “softball” questions reporters delivered to Biden.

He said there was no one behaving like Jim Acosta, the abrasive CNN reporter who repeatedly berated and interrupted Trump at news conferences, called him a liar.