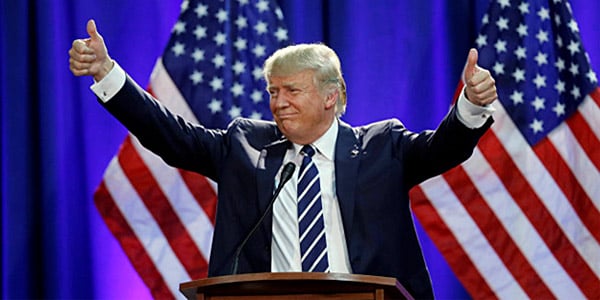 Outgoing House Speaker Nancy Pelosi’s partisan committee “investigating” the Jan. 6, 2021, riot at the Capitol is shutting down, after having written a letter to Joe Biden’s Department of Justice demanding prosecutors charge President Trump with various crimes.

But they also announced that they were dropping a subpoena for Trump to answer their questions and provide various records, and, as the Daily Mail described it, “Trump gloats.”

The death of the subpoena was announced by Rep. Bennie Thompson, D-Mo., who led the committee that was partisan because Pelosi refused to seat members nominated by the GOP.

It was supposed to be investigating the riot, for which hundreds have been charged, often with counts like trespassing and vandalism. But it focused largely on only claims that could be made against President Trump.

Committee members repeatedly described the riot as an “insurrection,” because a conviction on that count could prevent Trump from holding office in the future, which appeared to be the primary goal of the committee.

Thompson said, “In light of the imminent end of our investigation, the Select Committee can no longer pursue the specific information covered by the subpoena.”

So, he said, it was withdrawn.

Trump responded, “Was just advised that the Unselect Committee of political Thugs has withdrawn the Subpoena of me concerning the January 6th Protest of the CROOKED 2020 President Election. They probably did so because they knew I did nothing wrong, or they were about to lose in Court. Perhaps the FBI’s involvement in RIGGING the Election played into their decision. In any event, the Subpoena is DEAD!”

In fact, it’s been revealed in just recent weeks that the FBI interfered in the election by warning social media companies to suppress accurate, but damaging, reporting about the Biden family’s international business dealings with America’s enemies, Russia and China, just before the election.

Surveys reveal that probably changed the victor from Trump to Joe Biden.

1/ BREAKING! After my firm filed suit on separation of powers grounds to block January 6 House Select Committee’s illegitimate subpoena to President Trump over his activities while president— the committee waved the white flag & withdrew subpoena. We were confident of victory/ pic.twitter.com/7ElOXljpt1

“After my firm filed suit on separation of powers grounds to block January 6 House Select Committee’s illegitimate subpoena to President Trump over his activities while president – the committee waved the white flag & withdrew subpoena. We were confident of victory.” wrote attorney Harmeet Dhillon.

Dhillon told the Washington Secrets column at the Washington Examiner, “President Trump defended the doctrine of separation of powers and the independence of the presidency. The committee’s subpoena, clearly issued for political purposes, was an assault on those principles — and if allowed to stand, threatened the independence of the Executive Branch itself in our carefully balanced system of government.”

Dhillon called the committee’s action an “abuse of process” and said it never should have issued the demand.

The panel has told the DOJ to charge Trump with four crimes, which creates the ethically challenged situation of a sitting president supervising a prosecutor who may, or may not, charge Biden’s chief 2024 political rival with counts stemming from his political actions.

The Daily Mail said Trump “wasted no time to celebrate after being informed” of the decision.

“Trump could not hold back his glee in a post on his TruthSocial platform,” the report said.

The Democrat-run committee months ago had demanded Trump answer its questions and provide phone call records, texts and emails.

The committee is dead on arrival at the new Congress next week, as the GOP will be the majority then.