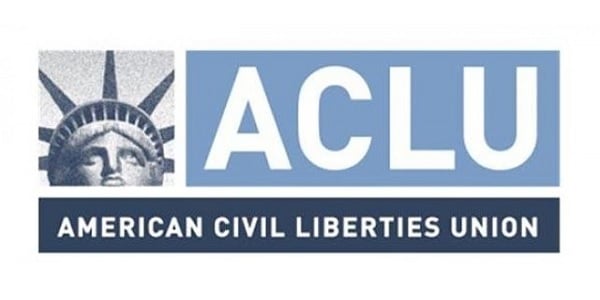 Their claim and counterclaim carnage reached a conclusion – although appeals still are expected – with a jury ruling this week that Heard damaged Depp to the tune of more than $10 million, while she was due some $2 million for damage to her reputation.

But Turley, a chaired professor at George Washington University law school, said the “stain” of the verdict against Heard must be “shared with others, even if they avoided the sting of actual damages.”

“That includes many in the media (including the Washington Post staff) who rushed to paint Heard as a victim and Depp as an abuser. Yet, the greatest condemnation should be reserved for the organization that not only pushed that narrative but actually helped draft the defamatory column: the American Civil Liberties Union (ACLU),” he explained.

“During the trial, evidence was introduced on how the ACLU staff helped Heard crafted the defamatory column. ACLU staffer Robin Shulman said in an email to Heard that she tried to capture Heard’s ‘fire and rage’ in a draft. It was also reported that the ACLU’s executive director, Anthony Romero, and legal director, David Cole, also made contributions,” Turley explained.

And, too, “ACLU staffer Jessica Weitz acknowledged in an email that she was aware that there was the chance of litigation and told Heard ‘I want to make sure nothing was said in here that puts you in jeopardy with your [non-disclosure agreement].'”

Turley explained the ACLU, which once had a legacy of fearlessly fighting for civil liberties, under Romero has turned political as well as “scandal-prone.”

“It is corrupted in the sense of debasing its legacy,” he said.

One area where it has abandoned constitutional advocacy is on college campuses, where it has sought to block due process rights, and fought former Education Secretary Betsy DeVos who wanted those.

He explained, “The emergence of the ACLU at the heart of one of the most sordid celebrity trials in history is the final measure of the decline of this once celebrated civil liberties group. It was not easy to get here.”

Turley charged, “It ultimately was the reputation of the ACLU, not Depp, that may have suffered the most in the trial. Ironically, for critics, Amber Heard ultimately became the fitting face and ambassador of the ACLU: conflicted, confused, and corrupted.”

According to a report in the Daily Mail, Turley told Fox News host Sean Hannity the ACLU “helped draft a defamatory statement. They disregarded the countervailing arguments of Depp or the possibility might be innocent, and they elevated this person as the presumptive spokesperson for all abused spouses,.”

The 2018 essay assembled by the ACLU under Heard’s name “was key in the jury’s $10.35 million verdict, which vindicated Depp’s claim that Heard defamed him by accusing him of abuse during their brief marriage,” the report said. The jury also found that Depp’s attorney defamed Heard by accusing her of perpetrating a hoax, awarding her $2 million.”

Is it time to reassess your faith?