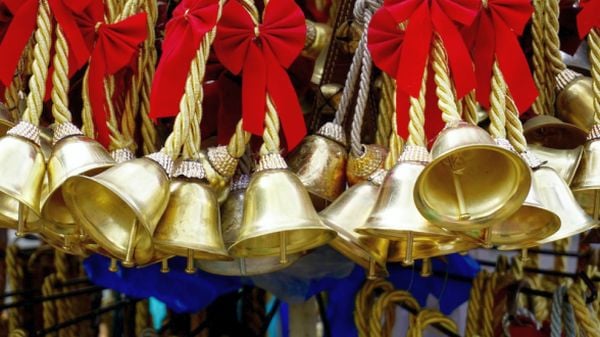 Staff members at the University of Brighton in the United Kingdom have been instructed not to say the word “Christmas,” but instead to call it something else to promote religious “inclusion.”

The Christian Institute reported that officials there have given the orders that the Christmas break now be known as the “winter closure period.”

The university’s guidance also has a long list – nine pages – of demands regarding terminology for “sexual orientation, sex, gender and gender identity,” the report explained.

According to the Institute, the Inclusive Language Guidance states:

“Many religions have narratives, symbols, traditions, and sacred histories that are intended to give meaning to life or to explain the origin of life or the universe.”

Saying “Christmas,” then, highlights how “inappropriate language and discrimination can be targeted at people with any faith or no faith.”

Simon Calvert, a spokesman for the Institute, said, “These kinds of barmy suggestions come up nearly every Christmas. Thankfully, the vast majority of people are far too sensible to pay any attention to them.”

He said the staff and students at the school “are perfectly free to wish one another a Merry Christmas if they want to.”

The Daily Mail reported the school also wants to disallow asking someone for their “Christian name.”

Instead, use “What is your given name?” the school says.

“Staff should be ’empowered’ to use ‘inclusive language confidently and effectively, in order to ensure that both students and staff alike feel safe, valued and respected,”‘ the document requires, according to the report.

Andrew Allison, of the Freedom Association, called the school’s agenda “Orwellian and ridiculous.”

“Staff and students ought to ignore it and have a good Christmas,” he said.

A school official said in a statement and words are not “banned,” and the “guidance” is just that, “guidance.”