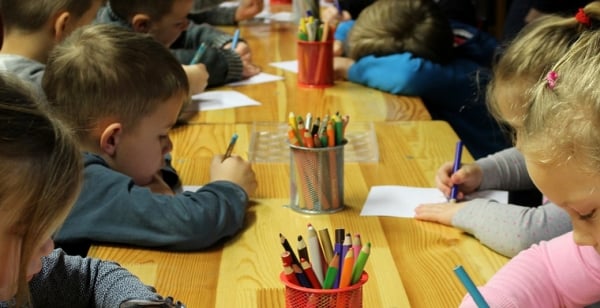 After 24 years of teaching in multicultural classrooms in Philadelphia, Christopher Paslay knows a lot about diversity, tolerance and understanding.

It’s why he is wary of the new thrust in education, bolstered by President Biden’s executive orders, emphasizing “anti-racism” and what has come to be known as “critical race theory.”

A major problem, he said, is that people still don’t know what “anti-racism” is.

“They think it’s just social justice, but they don’t know the other components to it,” said Paslay.

The objective of “critical race theory,” he said is to “disrupt and dismantle,” which obscures underlying problems that need to be addressed to achieve academic success regardless of race, such as single-parent households.

In general terms, critical race theory is a post-modern theoretical framework rooted in Marxist principles that views individuals through the lens of oppressed or oppressor based largely on their skin color.

Citing research linking the presence of a father with academic achievement, he contends that improving education begins with family stability.

“The values that make people successful like a two parent family transcend race and culture,” he told the Daily Caller. “I think that others, for political reasons, have made it about race.”

He writes in his book that “the reality that decades of diversity and anti-bias training is at best inconsequential, and at worst, creating more problems — matters little to those invested in identity politics.”

The author of the highly influential “White Fragility,” Robin DiAngelo, and other anti-racist trainers oppose the concept of “color blindness,” regarding it as a way that white people deny racism and hold “it in place.”

Paslay said parents and teachers should speak up and tell administrators they agree with the objective of racial justice and inclusion but not the means.

Last week, President Biden unveiled a plan to “embed racial equity” in all government agencies and “redress systemic racism where it exists” across the nation.

Among his moves was the elimination of the 1776 Commission, which countered the claim of the New York Times Magazine’s 1619 Project that America is an inherently racist nation built on a foundation of slavery.

Biden called the commission and its report “counterfactual.”

The 1776 Commission released a report just before Inauguration Day with the aim of restoring education on America and its founding.

In its introduction, it argues that while the country “has its imperfections, just like any other country, in the annals of history the United States has achieved the greatest degree of personal freedom, security, and prosperity for the greatest proportion of its own people and for others around the world.”

“These results are the good fruit of the ideas the founding generation expressed as true for all people at all times and places.”

Last October, two members of the 1776 Commission, Hillsdale College President Larry Arnn and Hoover Institution fellow Victor Davis Hanson, were among the professors, academics and historians who signed a letter urging the Pulitzer Prize Board to rescind its award to the author of the “1619 Project,” Nikole Hannah-Jones.

Posted on the website of the National Association of Scholars, the letter asserts there is “simply no evidence” for her claim that “protecting the institution of slavery was a primary motive for the American Revolution.”

The Pulitzer board called her work “a sweeping, deeply reported and personal essay for the ground-breaking 1619 Project, which seeks to place the enslavement of Africans at the center of America’s story.” Hannah-Jones asserts that 1619, “when some 20 Africans arrived at Jamestown,” should be recognized as the year of the nation’s founding, not 1776.

The scholars point out that the 1619 Project has been discredited by so many historians that the Times “has felt the need to go back and change a crucial passage in it, softening but not eliminating its unsupported assertion about slavery and the Revolution.”

“Prominent historians” keep finding “serious factual errors, specious generalizations, and forced interpretations,” they emphasize. But Hannah-Jones has dismissed the criticism, and the Times has stonewalled, the letter says.

The New York Times’ own fact-checker, Leslie M. Harris, the scholars point out, has “warned the newspaper that an assertion that ‘the patriots fought the American Revolution in large part to preserve slavery in North America’ was plainly false.”