WATCH: Joe Biden's most racist comments in one revealing video

Praising segregationists. Warning you can’t go into a 7-Eleven unless you have a “slight Indian accent.” Endorsing KKK Grand Cyclops Robert Byrd. Complaining the black community has no diversity, and telling blacks they’ll be put back in chains.

All of these offenses likely would create problems for most politicians.

But not for Joe Biden, who has, in fact, committed all of them. 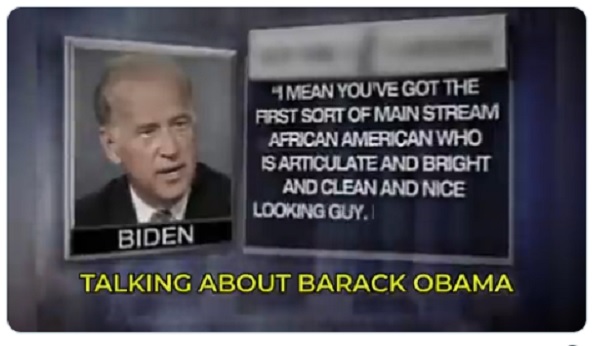 The proof comes from the Republican National Committee Research, which obviously is no fan of the Democrat in the White House.

But the organization used Biden’s own words as evidence:

Is Joe Biden a racist? You tell us. pic.twitter.com/y4G1COcjhi

A the Gateway Pundit, a commentary noted, “The video is brutal.

“The media claims, without evidence, that Trump is racist. However, the same reporters ignore Joe Biden’s overt racism. Biden’s racist remarks are on video, yet the media looks the other way.”

Among the comments cited by the Gateway Pundit:

Similarly, a commentary at DJHJMedia said, “Ever since Donald Trump appeared on the scene, the mainstream media, the leftist talking heads, and Democratic politicians have called him a racist without a shred of evidence. In fact, they even called him an anti-Semite even though his daughter and some of his grandchildren are Jewish. But, they never mention all of his great accomplishments made on behalf of Blacks and Hispanics.”

It continued, “Trump created Opportunity Zones. That is where companies get tax breaks by locating in poor minority areas. There are 8,764 of them and in 2020 HUD revealed that they expected over 1 million people to be lifted out of poverty. Black colleges and universities were all in dire financial shape and it was Trump, who came through with the money. How many years did the Democrats promise prison reform? Trump delivered it. Black and Hispanic employment numbers set all-time records. But, under Biden even though the unemployment rate is going down, Black unemployment is rising.”