'What are they praying to?' resounds after Dems' 'prayer vigil' 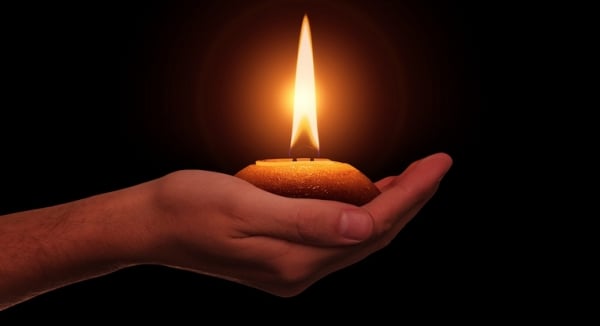 Among the many speeches, moments of silence and the like that the Democrats in Washington held this week to promote their message that the riot of Jan. 6, 2021, was an “insurrection,” there also was a “prayer vigil.”

Actually, a “bipartisan prayer vigil,” according to a schedule that the party released.

But there soon was a question raised:

“What are they praying to?” asked Pete Hegseth in a segment on “Fox News Primetime.”

In fact, while several prominent Democrats say they are Catholic, they pick and choose which of the church’s tenets to follow, discarding the one about not killing unborn children as a matter of course.

The rest of the Democrat party largely has worked over the last decade to penalize churches, and nuns, who don’t support abortion, those who don’t support the LGBT ideologies, that want fairness in public accommodations, and more.

For example, the Barack Obama administration, with Joe Biden as vice president, staged a years-long attack on Catholic nuns who wanted nothing to do with supporting abortion, and a Christian foster child agency was attacked for insisting that its couples be … male and female. And the fight in Philadelphia is over the fact the city allows other faiths, other nations, and other ideologies to fly their flags at city hall, but bans the Christian flag.

It is BizPacReview that highlighted the Democrats “spiritual” agenda this week.

“If there wasn’t already enough to lambast the Left for in raising up the Jan. 6 riot as being on par with Pearl Harbor and 9/11, we can add worship of The Party and lust for power to the list,” the report explained.

It was after the Democrats staged a “candlelight vigil in commemoration of what they have deemed as a day that will live in infamy.”

But Hegseth explained the prayer vigil had little to do with a known faith.

“But Lawrence, what are they praying to?” Hegseth asked. “Because you talked about how they talk in religious terms about January 6th because what they believe was attacked was their cathedral, which is government. They worship government as if it is their god. And when that is targeted as something

“This is a vigil for what they believe is the altar of their power.”

“Who are they praying to? The gods of climate change, themselves, Nancy Pelosi? I don’t know,” he said. “But it’s not the Lord and Savior that our Founders put their trust in.”

BizPacReview described the vigil as “an absurdly solemn affair, complete with an invocation from a Catholic bishop and House Speaker Nancy Pelosi, D-Calif., leading members down the steps while each held an electric candle in their hands.”