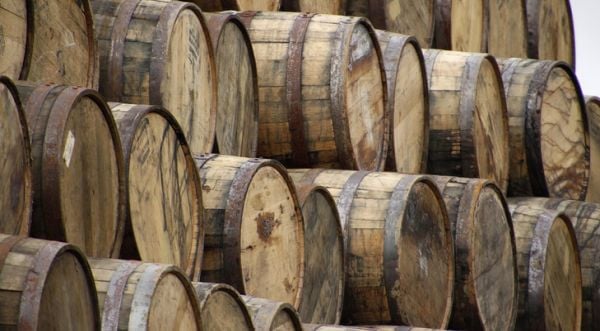 Two lawsuits alleging that Scotland’s biggest grant-making trust, the whiskey industry-linked Robertson Trust, discriminated against Christians because of their faith have been settled with the payment of undisclosed fees, according to a report from the Christian Institute.

The claims were brought by Stirling Free Church and the Billy Graham Evangelistic Association after the trust excluded the two organizations from its properties, which it previously had agreed to allow to be used, because the organizations are Christian.

The Institute had helped the two groups in their claims against Robertson Trust.

In the settlement, the trust admitted it “acted unlawfully” and it apologized to both groups.

“It has also paid a substantial contribution towards legal costs,” the institute reported.

Iain Macaskill, the pastor of Stirling, said he was relieved at the resolution.

“Our legal action was never about financial compensation. It was about the principle,” he said.

Institute spokesman Simon Calvert explained the settlement “is another important reminder that if you discriminate against Christians for their beliefs, whether you do so in the workplace or the marketplace, you are probably breaking the law.”

Robertson controls all shares in the company that makes The Famous Grouse and The Macallan whiskies.

The case began in Sheriff’s Court at Glasgow in April and was due to resume this month, but the settlement now has been reached, making further court action unnecessary.

A statement describing the resolution said, “In June and September 2019, Kintail Trustees Limited, as Trustees of the Robertson Trust (the ‘Trustees’) entered into contracts with the Free Church of Scotland at Stirling (the ‘Free Church’) for the hire of the conference facility known as the French Barracks at The Barracks Development, Stirling (the ‘Property’). The Trustees applied a settled funding policy, which places restrictions upon the activities to which the Trustees may advance charitable funding, to the termination of the contracts, in the belief it applied to the hire of the Property. They now regret and fully accept that in so doing they inadvertently failed to meet their duties to the Free Church in terms of the Equality Act 2010, and therefore acted unlawfully. The Trustees apologise to the Free Church.”

The statement regarding the BGEA was similar.

However, an investigation concluded that the trust really didn’t have any policy of restricting the use of its properties to strictly non-religious groups, and in fact it had rented to advocacy organizations opposing biblical teachings.

An employment tribunal several months ago had found that the trust’s former CEO, Kenneth Ferguson, also was a victim of religious discrimination and unfair dismissal by the trust’s chief, Shonaig Macpherson, when he was fired last year.

The fracas developed when Macpherson erupted in anger at finding out that Stirling, where Ferguson was an elder, was renting trust property.

She has since left the trust organization.

The institute noted, “The BGEA has now notched up five legal victories against venues that have sought to block their events. Earlier this year a partner organization of the BGEA won a case against Blackpool Council for banning adverts for one of its events. The Council had to pay £109K in fees and compensation. And just weeks ago the BGEA announced new event dates for its ‘God Loves You Tour’ in the UK following settlements with three major venues which had previously cancelled their contracts with the BGEA due to hostility to its beliefs.