'Why not Trump?' for House speaker 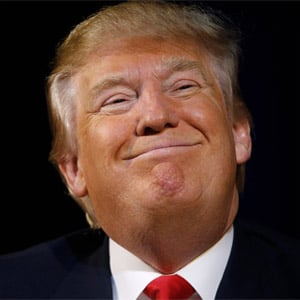 He said it – finally.

Steve Bannon said it. It was more than a question. It was a PLEA!

“You have to get someone in the room for what the big issues are – and we know what the big issues are,” said Bannon. “It’s the investigations. We have to stop the madness. We have to stop the insanity of the global elites who run this country. It must be stopped, and it must be stopped now. If it isn’t stopped now, it’s over. We’re not going to be the constitutional republic that we were bequeathed.

“I would like to get Mark Levin and all the constitutional republicans to join us in this cause. Because you’re not going to have the constitutional republic if they still have ability to spend us into oblivion while they take all of the value and the they take all of the wealth. And that’s the system we have. … So my vote now is ‘why not Trump?’ If you need a nasty piece of work in the room negotiating, give me the nastiest. And Trump is a beast. Why not Trump? Why not Trump? Why not? Why not?”

This is where it all started: me asking the question on Jan. 3, 2021, and Steve Bannon backing me up a few days later. I couldn’t let go of the idea. Other people picked it up.

Then Rep. Matt Gaetz put his name into the mix Thursday, voting for Trump for speaker on the seven round of balloting. Later Gaetz nominated Trump for speaker, prior to the 11th roll call vote.

It sounded as good as it originally sounded to me in 2021.

How does it work?

Any American can serve as speaker of the House. You don’t have to be a member of the body.

Donald J. Trump has shown little interest in the job. But he doesn’t need a job. He must be persuaded. The country needs him. He will answer the call of duty.

“This is why I’m excited about this,” says Bannon. “You want him in the room negotiating the deals.”

This is not a job, for Trump. It’s one that requires his attention for 100 days or less. That’s all.

Will he do it? Yes, if he’s asked. If he has the people’s support. He cannot say no to the American people. He’ll do it if he’s needed. And boy is he needed.

It can be done – Donald Trump will answer the bell.

Trump is listening. He’s weighing the options. Obviously, he’s not in it to lose. He wants to see a path to victory.

Will you give it to him, America?

Is he still the greatest president whoever served this country? Do we need him now? Will anyone else do?