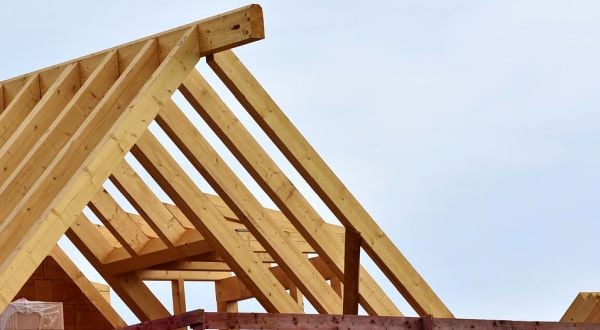 Companies across the nation are constantly seeking new customers, and they promote their products and services in a variety of ways.

One is a premium that is given to the customer upon a purchase.

That’s what a Wyoming roofing company now is doing.

But what’s unusual is the fact it’s drawn critics literally from across the continent.

BizPacReview explains that the premium is the lightning rod, what’s drawing all the attention.

Matt Thomas, who does marketing for Wiggins Construction, created the idea to offer a free AR-15 to those customers who sign up for a new roof installation.

He wanted to offer something to new Wyoming residents who have fled liberal states, like California.

But he’s had reactions – of outrage – from Chicago, from California, from New Hampshire, and more.

“We’ve gotten quite a bit of flack from it,” he said.

Not sure how the reports got all around, he noted, “But we are getting phone calls, voicemails from people saying all sorts of negative stuff about us, you know, stuff like ‘baby killers’, and we’re distributing weapons of mass destruction to the public.”

He said the locals are happy with the promotion.

“The response from the actual public and the locals has been phenomenal — we’ve got probably three voicemails this morning from people like ‘Hey, we don’t need a roof, but we saw your ad in the Powell Tribune and we just want to say that it’s awesome, and we really support what you guys are doing,’” he said.

“Part of that Constitution as well is freedom of speech, and I 100% encourage anybody, whether they’re pro or against the promotion to, and I will hear out every argument. I don’t mind you calling us baby killers and saying all sorts of negative stuff about our company because it’s your constitutional right to do so,” he said.

The company booked some 15 roofing jobs in just the first week.

Thomas said he’d like to be in a position of giving away up to 200 rifles.

Wyoming doesn’t have gun transfer laws, but to assure the viewing public, he said his lawyers drafted a form for customers to sign affirming they’re over 21, are not a convicted felon, and more.