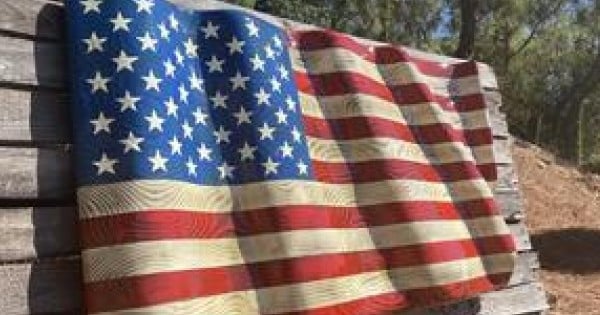 Research by Rodney Doyle at the Caesar Rodney Election Research Institute in Irving, Texas, concluded after the 2020 presidential race that the $419.5 million Mark Zuckerberg of Meta gave the Center for Technology and Civil Life and the Center for Election Innovation and Research essentially bought the election for Joe Biden.

Doyle reported in The Federalist that the money was used “to turn out likely Democratic voters.”

Not through traditional political spending, but through a “targeted, private takeover of government election operations by nominally non-partisan – but demonstrably ideological – non-profit organizations.”

Just the News reports newly released IRS filings studied by Capital Research Center show that while the CTCL grants were ostensibly for helping election officials cope with the COVID-19 pandemic, the dollars show they were spent ideologically.

It continued, “In some states, such as Wisconsin, there are ongoing probes to find out what officials did with money they received from CTCL. One now-retired elections clerk in a key Wisconsin county told Just the News in June that election management was turned on its head after a massive injection of cash from CTCL.”

WND previously reported because of Zuckerberg’s influence during 2020, at least one state already is formally reviewing what happened and how it impacted the election results.

Doyle explained analysis work done by his team shows Zuckerbucks, as they have been derogatorily labeled by some, “significantly increased Joe Biden’s vote margin in key swing states.”

“This unprecedented merger of public election offices with private resources and personnel is an acute threat to our republic, and should be the focus of electoral reform efforts moving forward,” he warned.

“The 2020 election wasn’t stolen — it was likely bought by one of the world’s wealthiest and most powerful men pouring his money through legal loopholes.”

He explained the $419.5 million “came with strings attached. Every CTCL and CEIR grant spelled out in great detail the conditions under which the grant money was to be used.”

This resulted in the “infiltration of election offices at the city and county level by left-wing activists, and using those offices as a platform to implement preferred administrative practices, voting methods, and data-sharing agreements, and as well as to launch intensive outreach campaigns in areas heavy with Democratic voters.”

And the two organizations, while chartered as non-partisan non-profits, were “highly partisan,” the report found.

The report noted of 26 grants of $1 million or more that CTCL gave to cities in Arizona and six other states, “25 went to areas Biden won in 2020.”

The result of Zuckerberg’s spending was “to create a ‘shadow’ election system with a built-in structural bias that systematically favored Democratic voters over Republican voters,” the report said.

Doyle reported, “We call this the injection of structural bias into the 2020 election, and our analysis shows it likely generated enough additional votes for Biden to secure an Electoral College victory in 2020.”