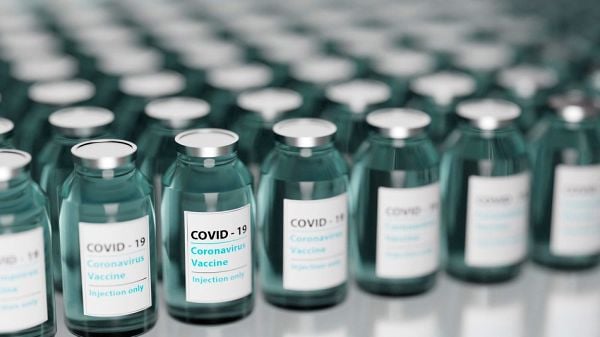 Recent reports have revealed that several researchers from the Wuhan, China, lab developing coronaviruses were hospitalized with symptoms of COVID-19 weeks before the pandemic that was unleashed on the world became known.

And President Biden has reversed himself on the issue and now wants an investigation into the source of the catastrophe.

Further, legacy media outlets that for more than a year claimed suggestions the Wuhan lab was the source of the virus were conspiracy theories have flip-flopped, now saying that is a credible idea.

Now a YouGove poll shows most Americans are convinced the coronavirus originated in that lab, and are rejecting the World Health Organization’s assertion that it came from natural transmission from bats to humans.

“Most Americans (58%) now put the origins of COVID-19 in a Chinese laboratory — up from 49% when YouGov first asked this question in May 2020. Two in five Democrats (43%) believe it’s probably true the virus had a laboratory beginning, a 10-point increase since last year (33%). Two-thirds of Independents (65%) now think the coronavirus originated from a laboratory in China, up 17 points from last year,” the new poll documented.

“Three-quarters of Republicans (77%) agree that a laboratory in China was the origin of the virus responsible for COVID, something that an overwhelming majority have believed since last year (72%).”

In fact, the poll reveals that 24% say the pandemic was “created in a laboratory and was released on purpose.”

Another 18% say it “escaped by accident.”

The poll shows, “Only 13% agree with what has been the scientific community’s most common explanation for the origin of the virus: that it occurred naturally in the wild and mutated to a human infection.”

The poll explained, “Republicans are more certain about the virus’ origin, and more than a third of them (39%) describe its genesis in the most potentially frightening way: that it was created in a laboratory and released into the world on purpose.”

The survey used a sample of 1,500 U.S. adults interviewed online from May 299-June 1. It was weighted according to gender, age, race, and education based on the American Community Survey. The margin of error is approximately 2.8% for the overall sample.

According to Paul Bedard, in his Washington Secrets column, “It’s taken over a year, but most Americans now agree with former President Trump’s claim that the coronavirus was developed in China, and a quarter believe that it was ‘released on purpose’ to infect the world.”

He continued, “And now that President Biden has asked for investigators to essentially go over the Trump administration’s probe of the origin of the killer virus, even 43% of Democrats believe it began in a Chinese lab, not spread by bats as originally claimed.”