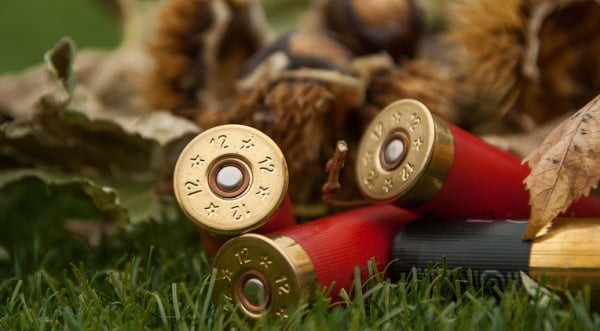 Joe Biden announced Thursday that he wants a new rule against “ghost guns,” another to blend the definitions of pistol and rifles, a nationwide promotion of “red flag” laws that allow people to be banned from having guns based on someone else’s negative feelings and more.

Many are calling it a “war” on Americans.

The Washington Examiner described Biden’s “slate of gun actions” as a compendium of what the president believes he can accomplish through executive action.

But the Second Amendment Foundation warned he will not be allowed to bend or break the Constitution.

“The devil will be in the details,” said SAF founder and Executive Vice President Alan M. Gottlieb. “Our legal team will review them and we are prepared to file suit if Biden and his administration steps over their legal authority.”

Gottlieb recalled that Biden has been a promoter of gun control throughout his nearly 50 years in Washington. He featured gun control as a major part of his presidential campaign last year, and he has met with representatives from gun-control groups since taking office.

“Nobody from the Biden administration has reached out to us or any other rights organization to my knowledge, which certainly clarifies Biden’s approach to firearms regulation,” Gottlieb said. “He came into office talking about unity, but he just declared war on tens of millions of law-abiding gun owners who have committed no crimes.”

SAF confirmed that if the administration goes beyond what is allowed under the Constitution, legal action “is a certainty.”

“Joe Biden just nominated a man now working for the Giffords gun control lobbying group to head the agency responsible for gun law enforcement,” Gottlieb observed. “That’s not just a bad signal to gun owners. The president has essentially raised the black flag, and we see nothing positive for American gun owners or the firearms industry.”

The “Biden-Harris” administration cited recent mass shootings – in Boulder, Colorado, where 10 people died, and in Atlanta, where eight were killed – as underscoring “the relentlessness of this epidemic.”

The White House said that first, Biden wants Congress to approve legislation to close “loopholes” in the gun background check system. And he insists on bans on “assault weapons and high capacity magazines.”

Then he wants gun makers to be liable for any lawsuits filed over gun violence, and Congress should adopt “red flag” laws that would allow people to be deprived of guns based on someone else’s suspicions about them. The laws already exist in some states, including Colorado.

The DOJ is to prepare a rule to stop “ghost guns,” which are weapons assembled after buyers purchase the parts. And it will suggest a rule regarding a “stabilizing brace” used on pistols.

Biden and Harris also want to spend money in communities for “violence intervention programs,” estimated at billions of dollars.

The DOJ also is to issue a report on firearms “trafficking.”

“Nothing I’m about to recommend in any way impinges on the Second Amendment,” Biden claimed in a White House news conference. “These are phony arguments suggesting that these are Second Amendment rights at stake from what we’re talking about.”

But he affirmed he is committed to the idea that “no amendment to the Constitution is absolute.”

“From the very beginning, you couldn’t own any weapon you wanted to own. From the very beginning the Second Amendment existed, certain people weren’t allowed to have weapons. So the idea is just bizarre to suggest that some of the things we’re recommending are contrary to the Constitution,” he said.

As Fox News explained, “Some of Biden’s claims during the press conference are regularly disputed by Republicans, including that gun manufacturers can’t be sued and that background checks aren’t required at gun shows.”

And there are those who simply don’t trust a Biden-Harris administration statement that all actions will follow the Constitution.

“By appointing the anti-gun Merrick Garland as attorney general and nominating David Chipman — formerly a senior staffer at the leading gun control lobby — to head ATF, Biden has made clear his sights are set on restricting the rights of law-abiding gun owners while ignoring criminals and foregoing substantive measures that will actually keep Americans safe,” the National Rifle Association said in a statement.

“Sen. Ted Cruz, R-Texas, said the “answer is not to restrict the Second Amendment rights of law-abiding citizens, the answer is to go after violent criminals and come down on them like a ton of bricks.”