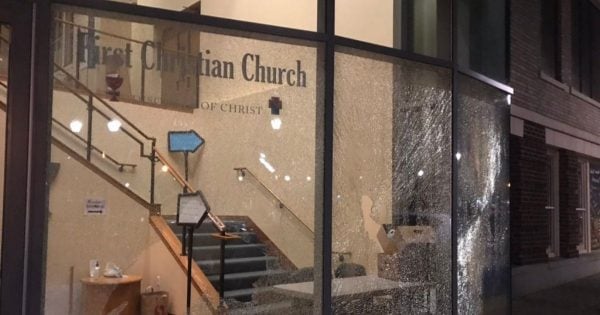 Beneath the cloak of “progress,” an increasingly hostile secularism is threatening Christians in the West with a “polite persecution,” contends an annual report on religious freedom worldwide.

The 2021 report on Religious Freedom in the World is published by Aid to the Church in Need, an international Catholic pastoral aid organization headquartered in Germany.

The persecution of Christians takes two forms today, the report says. Everyone is familiar with the violence against people and property, but there is a more subtle form, Donahue said, “relying on restrictive measures encoded in public policy and law.”

The second form is called “polite persecution,” the ACN report explains, because it hides under a veneer of “enlightened” secularism.

Donohue says attacks of that kind against religious believers “may not be as immediate or acute, but they can be culturally lethal.”

He points to the alarm expressed by Pope Francis over the spike in new “rights,” cultural norms and laws that relegate religion “to the quiet obscurity of the individual’s conscience” and houses of worship.

Back in 2013, in his apostolic exhortation “Evangelii Gaudium” (“The Joy of the Gospel”), he wrote that a “healthy pluralism, one which genuinely respects differences and values them as such, does not entail privatizing religions in an attempt to reduce them to the quiet obscurity of the individual’s conscience or to relegate them to the enclosed precincts of churches, synagogues or mosques.”

The pope, eight years ago, said that such marginalization of religion would “represent, in effect, a new form of discrimination and authoritarianism.”

But that is what is happening today, Donohue contends, with parents who challenge classroom instruction “that explicitly runs roughshod over their religious beliefs” being  “summarily ignored by administrators.” And hate-crime legislation “is being used to criminalize the beliefs of those who hold to traditional moral values.”

Donohue argues that faith “that cannot be exercised in the public square is faith denied.”

“Polite persecution’ of religion may not put us in imminent danger, but in the long run it can accomplish the same end,” Donohue concluded. “Campaigns to subvert it are in everyone’s interest.”