Cop points gun at children, but will Supreme Court hold him accountable?

The U.S. Supreme Court is being asked to hold accountable a cop who pointed his gun at two children while they were being arrested.

The case is being presented to the high court by the Institute for Justice, which objected to a lower court’s conclusion that the Fourth Amendment’s protections against unwarranted arrests is “hazy.”

The case originated when two boys, Haden and Weston Young, ages 12 and 14, were going home from their grandparents’ house after a family dinner in January 2018.

“As they approached their home, a police car came around the corner with its lights on. The car stopped and the officer emerged with his gun drawn. He had no reason to believe that two boys who were walking calmly toward his car posed any threat. And yet, within moments, the officer—who was looking for two grown men who’d fled from police earlier—shouted ‘get on the ground,’ handcuffed the boys, and held them at gunpoint,” the IJ reported.

Their mother, Casondra Pollreis, was watching, and rushed to the scene to plead with the officer, who ignored her words but pointed his Taser at her and ordered her away.

“For six terrifying minutes the boys lay face down on a sidewalk while the officer paced around them with his gun pointed at their backs. Eventually the officer’s sergeant arrived, assessed the scene, immediately realized a mistake had been made and let the boys go. The officer got back in his car, closed the door, and said to himself, ‘Duuummb.’ He knew that what he did was wrong,” the institute reported.

They sued, and a district court found the officer was at fault for making a wrongful arrest, with the judge’s decision noting, “handcuffing two boys laying facedown on the ground, at gunpoint,” was “more intrusive than necessary.”

But then the 8th U.S. Circuit Court of Appeals got involved, and a divided opinion ruled the boys never were “arrested,” and said what actually makes up an arrest is “hazy.”

Now, with the help of IJ, the family is asking the United States Supreme Court to take up the case. 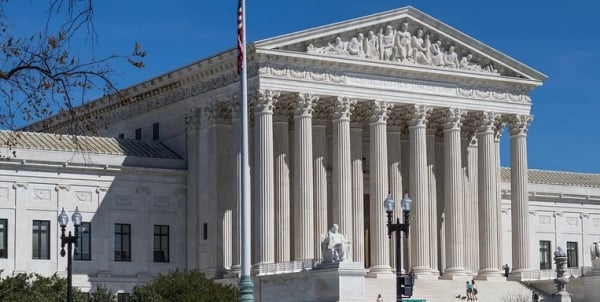 “Through silence and inaction, the Supreme Court has allowed the doctrine of ‘stop and frisk’ to morph into ‘stop, drop, handcuff, and hold at gunpoint,'” said IJ Senior Attorney Robert McNamara. “As the number of involuntary encounters between citizens and government officials has soared in recent decades, the rules protecting citizens from abuse in those encounters have withered. The Fourth Amendment is not ‘hazy’ when it comes to our basic right to go about our business without being assaulted by government agents who’ve lost their cool.”

The fight on behalf of the Arkansas family is over what is known as a “Terry” stop, based on a 1968 Supreme Court case called Terry V. Ohio. There, the Supreme Court held that police officers had a “narrow authority” to briefly detain someone without probable cause and pat them down to ensure they aren’t carrying any weapons—but that’s all.

“The fact that a police officer has gotten away with handcuffing two clearly innocent children and holding them at gunpoint makes it high time for the Supreme Court to revisit Terry,” said IJ Attorney Marie Miller. “The Supreme Court must make clear that police cannot flagrantly violate someone’s Fourth Amendment rights without being held accountable. If the courts refuse to enforce the Fourth Amendment, we cannot expect the rest of the government to follow it.”