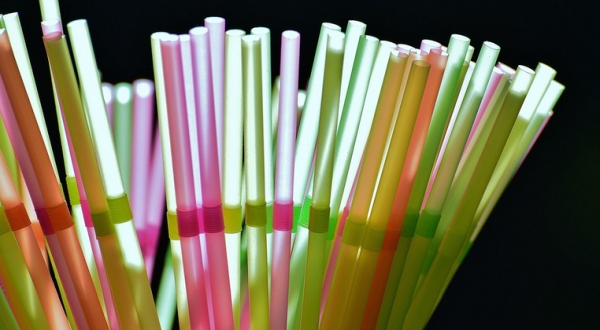 The Iowa Supreme Court has taken up a case over whether DNA left on a discarded straw at a restaurant should be private or public.

The Electronic Frontier Foundation argued in a friend-of-the-court brief in the case that the DNA was obtained surreptitiously and doesn’t necessarily prove that the person it matches was at the scene of the crime.

The case centers on a murder that happened in 1979. The officers made an arrest after a DNA profile company provided a possible match to three brothers, one of whom was arrested and charged, Jerry Burns

EFF argues the Fourth Amendment “creates a high bar against collecting DNA from free people, even if it’s found on items the person has voluntarily discarded.”

“This is the first case to reach a state supreme court involving such a challenge after results of a genetic genealogy database search linked the defendant to a crime,” EFF said.

EFF argued: “A DNA sample—whether taken directly from a person or extracted from items that person leaves behind—contains a person’s entire genetic makeup. It can reveal intensely sensitive information about us, including our propensities for certain medical conditions, our ancestry, and our biological familial relationships. Some researchers have also claimed that human behaviors such as aggression and addiction can be explained, at least in part, by genetics.

“Despite the uniquely revealing nature of DNA, we cannot avoid leaving behind the whole of our genetic code wherever we go. Humans are constantly shedding genetic material; In less time than it takes to order a coffee, most humans lose nearly enough skin cells to cover an entire football field. The only way to avoid depositing our DNA on nearly every item we touch out in the world would be to never leave one’s home. For these reasons, as we argue in our brief, we can never abandon a privacy interest in our DNA,” EFF said.

Among the questions that have been raised are what rights police have to online sites that compile DNA details about individuals.

“Even without genetic genealogy searches, DNA matches may lead officers to suspect—and jail—the wrong person, as happened in a California case in 2012. That can happen because our DNA may be transferred from one location to another, possibly ending up at the scene of a crime, even if we were never there,” EFF warned.

“We need strong rules against police access to genetic genealogy databases. Our DNA can reveal so much about us that our genetic privacy must be protected at all costs,” the EFF said. “We hope the Iowa Supreme Court and other courts addressing this issue will recognize that the Fourth Amendment protects us from surreptitious collection and searches of our DNA.”