Facebook poised to lead 'First Church of the Metaverse' 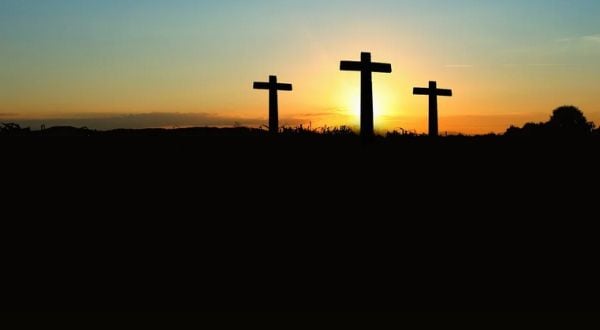 A columnist at the Federalist is warning Americans about the “First Church of the Metaverse” that Mark Zuckerberg apparently intends to start online, where “churches, mosques, synagogues and others” can “embed their religious life into its platform.”

Commentary writer Joe Allen, who uniquely describes himself as a “fellow primate who wonders why we ever came down from the trees,” also noting he studied religion and science for years at Boston University and elsewhere, points out that Facebook’s “ultimate goals remain sealed behind non-disclosure agreements.”

But he explains that – apparently – “ultra-mod spiritual centers will be blessed by mass data extraction, algorithmic polarization, and censorship of theological ‘misinformation.’ If Facebook’s history is any guide, every digital prayer will be scooped up and turned into a data point. Livestreamed preachers who deny the sanctity of LGBT lifestyles will be flagged and punished as ‘extremists.’ Best of all, smartphone-addicted congregants can donate their last widow’s mite with the touch of a virtual button. Sounds like a little slice of heaven, doesn’t it?”

It was the New York Times that pointed out that Facebook’s “next target” would be “the religious experience.”

It explains how the megachurch Hillsong was opening a new outpost in Atlanta and sought advice from Facebook on operating during a pandemic. The pastor, Sam Collier, said there were months of meetings with developers, examining ways to facilitate donations, videos and livestreaming.

But Collier could offer few other details because of that non-disclosure pact.

“Together we are discovering what the future of the church could be on Facebook,” he told the Times, which then confirmed that Facebook is “cultivating partnerships with a wide range of faith communities.”

It wants to draw those “highly engaged” users from religious groups into its labyrinth of software where monetization is a priority.

“The Church of Facebook is just one part of a much broader vision. Three days before the Times article appeared, The Verge published an in-depth interview with founder Mark Zuckerberg about his ambition to ‘bring the metaverse to life,'” he said. “The term refers to the evolution of 24/7 screentime into a warped synthesis of physical reality, mixed reality, augmented reality, and virtual reality.”

The Metaverse was coined by a novelist in 1992 who wrote how it would be a “decadent virtual realm” in which people to escape from society run by megacorporations.

“Now that the Metaverse is being funded by Silicon Valley oligarchs and Wall Street traders, we’re supposed to believe it’ll be a fine place to live,” Allen warned.

Zuckerberg, in the Verge, explained his vision is an “embodied internet” where “we can work, play, and enjoy a ‘sense of presence.'”

He wants Facebook to be viewed as that “metaverse company.”

It was another Facebook officer, Sheryl Sandberg, who has lobbied that “faith organizations and social media are a natural fit…”

“Our hope is that one day people will host religious services in virtual reality spaces as well, or use augmented reality as an educational tool to teach their children the story of their faith,” she told the Times.

Allen said, “Imagine a synagogue where a holographic burning bush recites the Decalogue, or a cathedral where saint icons speak to you directly, or maybe animated deities waving their many arms in Hindu temples. Immersive idolatry is the future of false religion. With 3 billion users worldwide — and zero sense of sacred boundaries — Facebook is poised to lead this spiritual revolution.”

It is no longer hyperbole, he said, to say “Technology has become a religion.”

The Times pointed out that Facebook already has about three billion adherents, while Christianity is at 2.3 billion, and Islam, 2.8 billion.

It also noted the “privacy worries,” as some people share their most intimate life details with their spiritual communities.

In the report, Sarah Lane Ritchie, a theology lecturer at the University of Edinburgh, said, “Corporations are not worried about moral codes. I don’t think we know yet all the ways in which this marriage between Big Tech and the church will play out.”

The Times confirmed a Facebook official said all the personal data collected from religious communities would be monetized the same way as that of other users.

Some church officials say the media opportunities are open doors for them to expand their outreaches.

But Allen pointed out previous predictions about such alignments, including a prediction in 1626 for “The New Atlantis” that was a “technocratic utopia.”

Allen noted: “In the smartphone age, even a ‘midwit’ wizard can summon transportation, Sichuan noodles, or casual sex with a few swipes of the touchscreen. But that’s just a cheap parlor trick. Big Tech titans can observe our inner worlds in the aggregate, or each of us one by one. They can use that information to sell targeted ads, manipulate public consciousness, or sway national elections. It’s just like magic, except it works (almost) every time.”