Government admits it was 'inappropriate' for prosecutor to call Bible 'offensive' 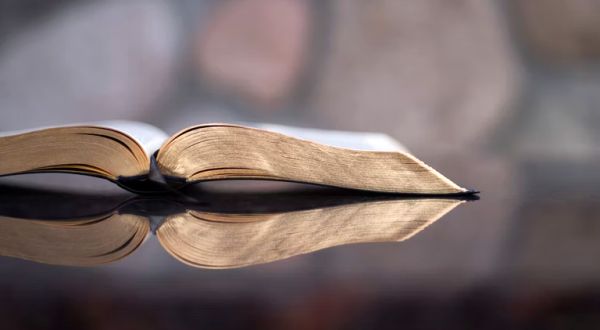 The government in the United Kingdom has admitted that it was “inappropriate” for an official to describe the Bible as “offensive.”

According to Christian Concern, the Crown Prosecution Service was trying to convict a Christian minister of an alleged “hate crime,” when the prosecutor insisted parts of the Bible are “no longer appropriate in modern society.”

That leftist official had insisted the Bible also is “offensive.”

In a process allowed in the House of Lords, Baroness Hoey asked the government, “What assessment they have made of the written statement by the Crown Prosecution that the Bible contains references ‘which are simply no longer appropriate in modern society and which would be deemed offensive if stated in public.'”

She was referring to a case against Christian preacher John Dunn, who had faced criminal prosecution for preaching from the book of Corinthians on a public street.

The case against him was thrown out, but it also was revealed then that while trying to secure a conviction, the CPS claimed that “parts of the Bible are ‘abusive’ and ‘no longer appropriate in modern society.'”

Lord Stewart of Dirleton, responding to Hoey, said, “The Wessex Area of the CPS has undertaken a post-case review and acknowledges that the statement was inappropriate.”

Explained Christian Concern, “The response represents a clear acknowledgement that the CPS was wrong to suggest that quoting the Bible could be a criminal offense.”

Andrea Williams, of the Christian Legal Centre, which supported Dunn’s case, explained, “This was a clear example of overreach from the CPS and demonstrated the extent to which they misunderstand the Bible and freedom of speech. Their arguments in this case were so steeped in the prevailing secular political orthodoxy, it was chilling.”

Williams added, “The Bible and its teachings have historically been the foundation of our society and has provided many of the freedoms and protections that we still enjoy today. It is extraordinary that the prosecution, speaking on behalf of the state, could say that the Bible contains abusive words which, when spoken in public, constitute a criminal offense.”