Government lockdowns will be 'better' next pandemic, author warns 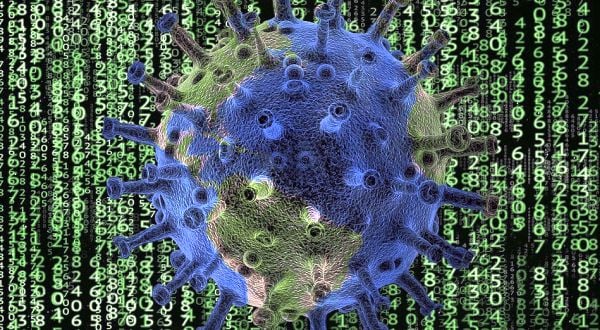 The World Health Organization is instructing governments that the next time a pandemic strikes, they must use lockdowns “systematically and rigorously” and they must use them “better.”

A key conclusion from a report from an “independent panel” to the WHO, in fact, instructs, “Every country should apply non-pharmaceutical measures systematically and rigorously at the scale the epidemiological situation requires, with an explicit evidence-based strategy agreed at the highest level of government…,” according to author Jeffrey Tucker, whose “Liberty or Lockdown” was published by the American Institute for Economic Research.

He wrote about the problem he sees looming at Real Clear Markets.

That conclusion, he said, “is a euphemism for lockdown. The panel wants rigorous lockdowns, in every country, whenever government science advisers demand them. Forever.”

“That’s right: the thing that did not work, that spread poverty and disease the world over, bankrupted small businesses, the very practice that demoralized multitudes into substance abuse, locking them in their homes and crushing markets and enterprise, and ended in bankrupting governments themselves, just got a huge thumbs up from the World Health Organization,” he warned.

He explained that the evidence actually points against lockdowns, as Texas opened fully amid warnings of “impending mass death,” but that did not happen. Meanwhile, the highest deaths per capita were from locked down regions.

“One might expect that now would be the time to back down and admit it. Lockdowns were an enormous error, an experiment in treating people like lab rats, the folly of which was revealed in data showing zero relationship between better disease outcomes and lockdowns,” he said. “If we really care about ‘evidence-based’ policy, the world would never attempt such a thing again.”

Actually, he said, disease has been a matter of doctor-patient relationship, an individual being cared for by a healthcare professional.

“Suddenly in 2020, disease mitigation became the business of governments globally, in cooperation with an intellectual subset that specialized in public health. They were infectious disease experts, epidemiologists, virologists, immunologists, and public health officials generally.”

He said the media joined in, putting those who were champions of lockdowns in prime time over and over.

But the costs will be coming due for years, he warned.

“The missed cancer screenings alone will haunt us for a very long time. The damage to children from missing a year of school, and being trained to treat people as pathogens, is essentially incalculable. Supply chains won’t be fully rebuilt for years. My own book “Liberty or Lockdown” examines the intellectual errors behind all of this but there is clearly more going on,” he wrote.

He said the government structures are not going to admit any failures.

“Like pharaohs and kings of old, they wear the mask of infallibility, and fear anyone who dares take it off,” he said.

“The popular anger and shock all over the world might in fact mitigate against another lockdown experiment in the future. Surely states who did this did not expect to utterly destabilize regional and global politics,” he said.

But, “without such counterpressure from intellectuals and the public, make no mistake. They will try it again. And again, promising next time to do a better job of it.”