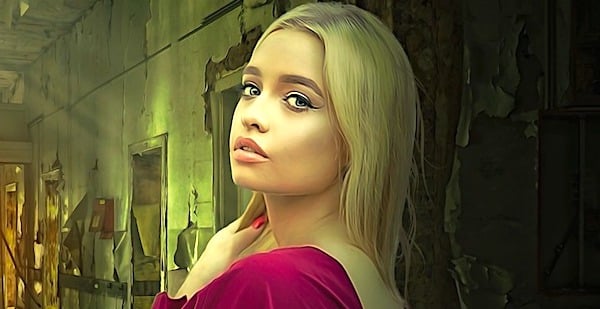 The Equal Rights Amendment has been likened to a zombie, since no matter how many court rulings determine it died four decades ago, some politicians are still trying to resurrect it.

The latest attempt comes from Democratic attorneys general from Illinois, Nevada and Virginia, who argued in federal court that since Virginia was the 38th state to ratify the amendment, one year ago, it should be added to the Constitution.

No, said a federal judge, of the attempt to revive the ERA after its deadline for ratification expired in 1982. “Equality of rights under the law shall not be denied or abridged by the United States or any state on account of sex.”

At the time Congress passed the ERA, critics argued it would erase virtually all of the protections for women, such as in sports and places of privacy. Congress established a 1979 deadline for ratification by the states then extended it to 1982.

Now the Democratic AGs insist the ERA can still be ratified because it did not specify a deadline, Courthouse News reported.

They sued because while Virginia “adopted” the amendment in January 2020, the archivist of the United States refused to publish and certify the amendment and the Department of Justice said the vote came too late.

The judge, Rudolph Contreras, argued that “even if plaintiffs had standing, Congress set deadlines for ratifying the ERA that expired long ago. Plaintiffs’ ratifications came too late to count.”

The math further is complicated for supporters, because five states since then have rescinded their ratification.

The judge said, “Congress began to set ratification deadlines with the Eighteenth Amendment in 1917 and, with the exception of the Nineteenth Amendment, has included a deadline in every proposed amendment since.”

“While I do not believe that the arbitrary deadline Congress imposed on the Equal Rights Amendment is binding in any way, I welcome any support from both the Biden Administration and Congress in ensuring that this amendment is recognized as part of the Constitution once and for all,” Herring said, according to Courthouse News.

The late Supreme Court Justice Ruth Ginsburg said that if adopted, the ERA would eliminate all abortion restrictions on the basis of discrimination against women.

The judge explained: “Hoping to secure a place in the Constitution for sex equality, plaintiffs Nevada, Illinois and Virginia ratified the Equal Rights Amendment years after many presumed it was dead. They now challenge the refusal of the Archivist of the United States to publish and certify the amendment as part of the Constitution.

“Laudable as their motives may be, the plaintiffs run into two roadblocks that forbid the court from awarding the relief they seek. First, the Archivist’s publication and certification of an amendment are formalities with no legal effect. His failure to perform those formalities does not cause Plaintiffs any concrete injury, so they lack standing to use. Second, even if Plaintiffs had standing, Congress set deadlines for ratifying the ERA that expired long ago.”

The judge noted that the concept of the ERA arose in about 1923 but never was successful in Congress until 1972.

None of the subsequent attempts to restart the process has been successful.

The state Senate adopted concurrent Resolution No. 4010, “which reaffirms that the North Dakota’s 1975 ratification of the ERA ‘lapsed’ on March 22, 1979, which was the deadline included in the ERA resolution submitted by Congress to the states on March 22, 1972.”

Some activists even have argued that Congress should go back in time and extend the deadline.

However, the Department of Justice Office of Legal Counsel issued a legal opinion in 2020 stating that the ERA had expired and “cannot be resurrected by Congress, except by re-starting the entire constitutional amendment process.”

Douglas Johnson, senior policy advisor for National Right to Life, said pro-abortion groups “now openly proclaim that they will use the ERA as a legal weapon against all laws limiting abortion, and to require government funding of abortion.”

“The result could be the invalidation of hundreds of pro-life laws, state and federal. Fortunately, the ERA expired unratified in 1979—yet, liberal states now are urging a federal judge, and Congress, to say that the ERA achieved the required 38 states when Virginia endorsed the ERA in 2020,” he said. “We applaud the North Dakota Senate for saying to the courts and to Congress, ‘Count us out!’ on this unconstitutional, pro-abortion scheme.”

Ginsburg had lobbied hard for the ERA.

“I would like to see a new beginning. I’d like it to start over,” she said. “There’s too much controversy about latecomers — Virginia, long after the deadline passed. Plus, a number of states have withdrawn their ratification. So, if you count a latecomer on the plus side, how can you disregard states that said, ‘We’ve changed our minds’?”