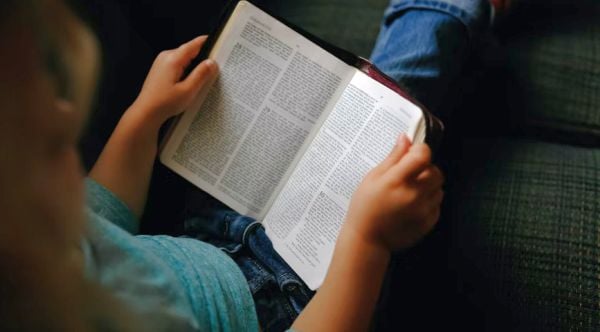 In a move that proposes government impose what appears to be a clear violation of the free speech provisions of the Constitution, a group of activists in Loudoun County, Virginia, is demanding that the school board ban “hate” speech at its meetings.

A group organized a petition after another parent quoted from the Bible’s admonitions to take care of children.

The district, of course, has been ground zero for the fight by parents against the leftist ideologies adopted by some schools, and their supporting activists, to promote the LGBT agenda to children.

A recent grand jury report faulted Loudoun County for its promotion of that ideology, and the superintendent was removed.

The newest outbreak of activism, according to Fox News,came when community activist Andrew Pihonak, 19, created a petition to limit speech at board meetings.

The report noted he has 873 signatures.

He is trying to impose his own perspective on those public meetings by banning statements with which he disagrees.

He was provoked by comments from community resident Mark Winn, who paraphrased the Bible in addressing the board during a meeting at which there were multiple calls for members to resign.

The problem created by the transgender ideology is that two female students were assaulted by a boy wearing a skirt.

Fox reported, “During the public comment section, one speaker accused the board of promoting ‘immoral’ behavior that was against God’s ‘design’ and ‘natural order.'”

Winn said, “[LGBT] behaviors should never have been promoted, taught, or encouraged in the schools that you oversee.”

And he paraphrased the words of the New Testament: “If any man or woman causes one of these little ones to stumble, it would be better for [them] if a millstone to be put around your neck and thrown into the lake.”

Winn said the school needs to teach reading, writing and arithmetic, and quit “grooming and pimping.”

The petition claims “hate speech incites violence,” but the school is required to allow it.

It demands that the school adopt policy that would “cut off a person speaking during the public comment the second hate speech,” as the protesters define it, “is spoken.”

Winn pointed out, in the Fox report, the characterization of the Bible as “hate speech” is wrong.

“To the best of my knowledge, words of God, words from the Bible have never been considered hate speech,” he said to Fox News Digital.

Multiple times institutions, activists and governments have tried to categorize the Bible as hate speech in recent years. A Finnish official was put on trial for hate speech for expressing her Christian beliefs, and was acquitted.

But leftists continue to attack the traditional morals taught in the Bible as hate, perhaps as part of their reluctance to recognize that in the Word, it is God who defines sin, not society at large voting on sin.