Top Democratic leaders insist they don’t embrace the call from many in their party’s base to “abolish” police and ICE, the U.S. Immigration and Customs Enforcement agency.

But a new communications strategist hired by the Democratic Congressional Campaign Committee says abolishing the law enforcement institutions is her “life’s mission.” And she’s among many controversial hires this year who hold similar positions, FoxNews.com reported.

RaeAnn Ensworth will begin serving as the DCCC’s new email and SMS strategist next month.

She wrote in a tweet in June 2020 that she has “always supported abolition” of police.

Last September, Ensworth tweeted that Google’s end-of-year search results video for her would include a query on how to “burn down a police station.”

On social media in August 2020 she said police don’t support the communities they are sworn to protect. And in an October 2021 post she used the acronym ACAB, which stands for “All Cops Are Bastards.”

In a November 2019 tweet, she said she would make it her “life’s mission to abolish ICE.”

She also called for abolition of prisons in a July 2020 tweet. 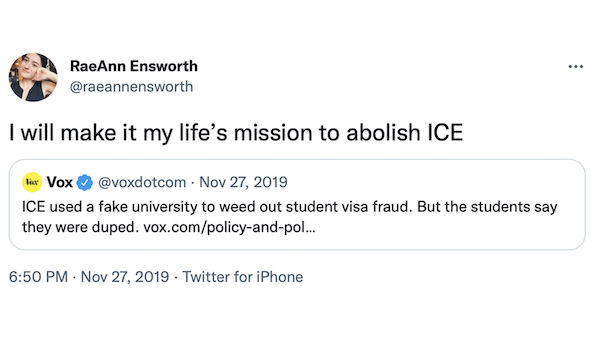 The National Republican Congressional Committee reacted to Ensworth’s hiring in a statement to Fox News Digital.

“It’s disgraceful that Sean Patrick Maloney continues to use his position as DCCC Chairman to push his anti-police agenda on our country,” NRCC spokesman Mike Berg said. 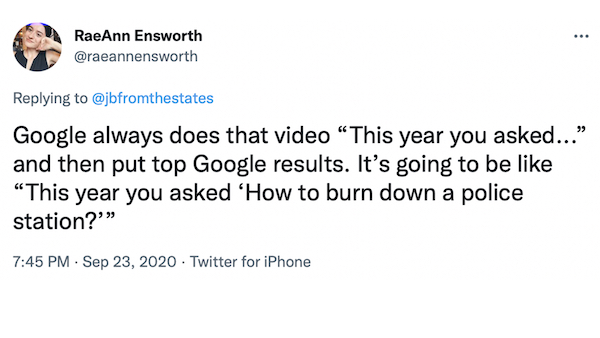 FoxNews.com pointed out another DCCC strategist, Nijeria Boone, attacked police as “terrorist groups.” And the DCCC hired Kristin Slevin earlier this year as its new chief of staff. Slevin has urged people to continue “raising hell” after the Minneapolis City Council gave up on its pledge to disband the city police department.

Dyjuan Tatro, hired this year as the DCCC’s senior adviser for strategic outreach, called Capitol Hill police “White supremacists” after the storming of the Capitol on Jan. 6.

He characterized the looting in the summer of 2020 in response to the death of George Floyd as “protests against systemic racism.”