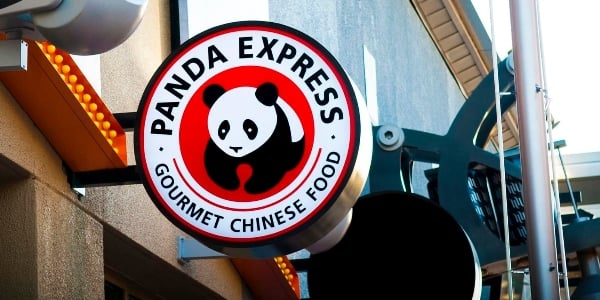 A former Panda Express employee claims in a lawsuit she was forced to strip down and hug a partially clad co-worker a in bizarre “job training” seminar.

PJ Media noted the former employee isn’t named, as “this could cross from a civil case over into sexual assault.”

The Register reported the 2019 training seminar was a “prerequisite to promotion” but ended up being a “cult-like ritual.”

“We are looking forward to presenting this case to a jury so that a clear message can be sent to Panda Express — which owns and operates over 2,000 restaurants — that it must put to an end to its practice of requiring its employees to undergo horrific psychological abuse and harassment to be promoted,” the woman’s lawyer, Oscar Ramirez, told the Register.

A spokesman for Panda Restaurant Group said the claims were being taken seriously and an investigation was done.

A company statement said: “Alive Seminars and Coaching Academy is a third-party organization in which Panda has no ownership interest and over which it exercises no control. While we always encourage personal growth and development, Panda Restaurant Group has not and does not mandate that any associate participate in Alive Seminars and Coaching Academy nor is it a requirement to earn promotions.”

The company said it couldn’t comment more on an active legal matter.

Alive Seminars officials told the Register its training sessions are presented with “respect and integrity.”

According to the report, the victim said she started working for the company in 2016. She said Matthiu Simuda, a store manager, told her in July 2019 she had to finish a self-improvement seminar run by Alive Seminars.

The complaint states: “Eager to improve her skills and advance within the company, plaintiff signed up and paid out of pocket to attend a four-day program. Panda Express pushed its employees in the Los Angeles region to complete Alive Seminars training. In many cases, it was a prerequisite to promotion.”

The event, attended by 20 to 50 Panda workers, required the employees to provide their employee ID. They received materials with the Panda logo, the lawyer said, meaning the seminars were essentially “an extension of Panda Express’ own Human Resources department.”

The complaint alleges the bizarre devolved into psychological abuse.

The workers were told to sit down and not talk. They were left for an hour. Then a man stormed in and screamed at them in Spanish, berating them for sitting there and doing nothing.

Cellphones were banned and windows in the room were blacked out.

The complaint states: “The atmosphere resembled less a self-improvement seminar than a site for off the-books interrogation of terrorist suspects. The sensory isolation and intimidation was reinforced by constant yelling and verbal abuse by seminar staff, creating an atmosphere of fear in the room. Nevertheless, most attendees, including plaintiff, felt that they had no choice but to remain because they were sent to the seminar by Panda Express and told that their opportunity for promotion would depend on completion of the seminar.”

Then the woman was forced to strip down to her underwear under the guise of trust building.

“Plaintiff — stripped almost naked in front of strangers and co-workers — was extremely uncomfortable but pressed on because she knew it was her only chance at a promotion. Meanwhile, Alive Seminars staff were openly ogling the women in their state of undress, smiling, and laughing,” the filing charges.

Eventually, she was forced to “hug it out” with a male participant, “wearing nothing but their underwear.”

She then made an excuse of a family emergency and fled the seminar.

PJ Media commented: “A sane country would put a stop to all these abusive corporate trainings right now, and the corporate training seminar industry would be investigated. It’s a multi-billion-dollar industry that’s worked its way across corporate America and federal, state, and local governments — teaching divisive doctrine for profit.”