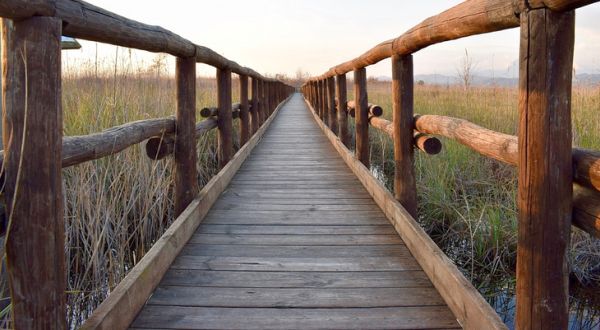 This one might take Sherlock Holmes, Columbo and Miss Marple working together.

It was 10 feet wide and six feet tall, so it can’t actually be hidden in someone’s garage, either.

Local broadcaster News5Cleveland, an ABC affiliate, documented that Akron police hope some member of the public will be able to share a tip that would lead them to the structure.

It apparently was disassembled and hauled away from a public park where it had been stored.

The bridge once was installed at Middlebury Run Park in Akron, but early in the 2000s, it was taken down as part of a “creek and wetlands restoration project,” the station reported. It was stored in a nearby field.

“Although the city had plans on utilizing the bridge for another project, those plans came to a screeching halt last month when officials noticed that the treated deck boards had been removed. Then, about a week later, the whole thing was gone,” the station reported.

Akron Police Lt. Michael Miller said, “I have not heard of anything that large — albeit disassembled but actually stolen, I can’t think of anything comparable in my 22 years [at the Akron Police Department].

“We know it will be met with mystery and questions: who and how and why? All of those are unanswered. It ranks high on the list of mysteries, that’s for sure.”

City officials estimated the value at about $40,000.

Miller noted the theft might not have been that complicated.

“Essentially the bridge is made of some sort of polymer. It’s connected by some bolts. If you have any equipment, sockets, and things of that nature, it wouldn’t have been very difficult at all to begin the process of disassembling that.”

At the Daily Wire was the obvious question: “How does one lose a bridge?”