Poll: 1 in 3 'would not spend a single dollar on climate change mitigation' 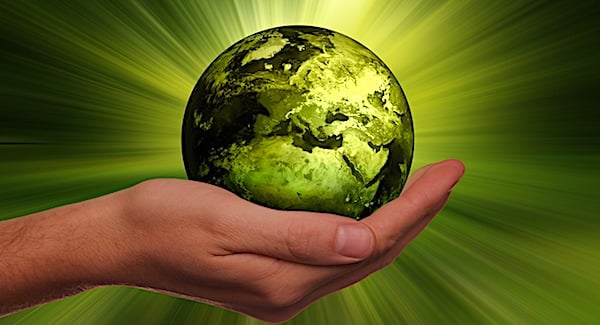 A new poll from Competitive Enterprise Institute reveals that Americans’ financial dedication to the Green New Deal that leftists have been demanding for several years already is lagging.

The proposal as outlined by some members of Congrss would cost taxpayers up to $93 trillion, which the Foundation for Education pointed out at nearly $600,000 per U.S. household was “truly astounding.”

Yet “most Americans aren’t even willing to sacrifice $50 a month to mitigate climate change,” the report said.

The CEI results sampled 1,200 registered voters on environmental issues, and the margin of error was 2.83%.

Our poll finds more than one-third of respondents would not spend a single dollar on climate change mitigation, despite also finding 67 percent are “very or somewhat concerned about climate change” https://t.co/1ZtZ1HEfiz pic.twitter.com/NY7ahRrmMW

Lots of people, “a strong majority,” said they were somewhat or very concerned about climate change, FEE documented.

But the key question was, “How much of your own money would you be willing to personally spend each month to reduce the impact of climate change?”

Another handful would add $10 to that figure, but “a whopping 75% of respondents were not willing to pay more than $50 a month,” the report said.

FEE said, “One need not extrapolate very far from this data to conclude that essentially zero American households are willing to pay $600,000 a year for a ‘Green New Deal’-style big-government climate change agenda.”

Myron Ebell, chief of the CEI’s Center for Energy and Environment, noted, “This poll shows once again that Americans are unwilling to pay for the left’s anti-energy policies.”

There was a small fraction, 4%, who would be willing to spend up to $500 of their own money.