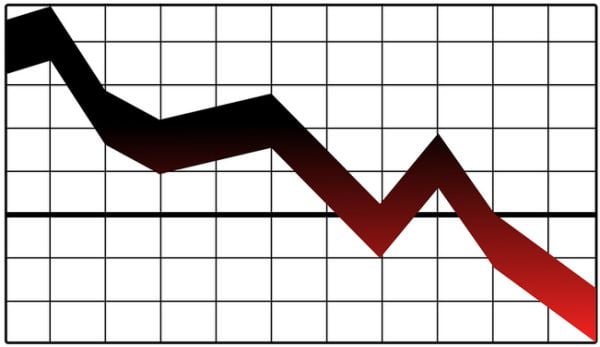 New polling released on Friday shows that Joe Biden has disappointed Americans “more than any other president since World War II has at this point in their term.”

A report from Daily Mail explains Biden lost a “whopping” 11.3% from the first quarter approval of 56% to an average of 44.7% at the end of the three months spanning July through October.

His former boss, Barack Obama, lost 10.1% from his first through third quarters, but even President Donald Trump, who faced a first term under attack from a coalition of media, celebrity and government attackers who were promoting the now-debunked Russia collusion conspiracy theory, lost only 4.4% during that time period.

The report explained the survey looked at the performance of every president since Dwight Eisenhower.

“Independents appear to be driving down Biden’s favorability the most, from 61 percent approval at the beginning of February to just 34 percent in October,” the report explained.

“The historic drop is fueled by Biden’s inability to shake off growing public dissatisfaction over his White House tenure as his month-to-month approval rating slips to a new low of 42 percent in October,” the report said.

Other polling has put Biden’s approval number as low as 37%, a rating of minus 15 since his disapproval was 52%.

The Daily Mail also noted Biden’s problems with the border crisis he created by halting President Trump’s programs that had been successful in cutting the number of illegal aliens entering the country.

Biden also brought himself down with his disastrous withdrawal from Afghanistan, where he left dozens of Americans behind under the control of the terrorists in the Taliban, as well as some $80 billion worth of American war machinery.

Then there’s inflation, supply chain breakdowns, shortages and “Bidenflation.” And his support for the radical Critical Race Theory that teaches the nation is all racist, whites are oppressors and blacks are victims. And also his sweeping COVID-19 vaccine demands.

The failings also highlight the stark divide, with Democrats almost fully in support of him and an equal percentage of Republicans opposing him. His drop has been triggered largely by independents disenchanted with his actions and agenda.