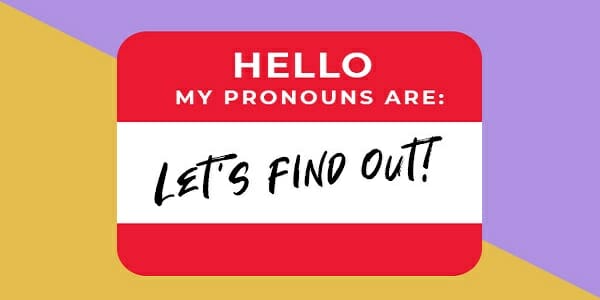 A school district in Virginia that suspended a teacher after he objected to orders to call boys by feminine pronouns, and vice versa, has been sued because its politically correct agenda appears to violate the law.

The lawsuit against the Loudoun County Public Schools was announced Tuesday by the Alliance Defending Freedom.

Teacher Byron Tanner Cross has taught at Leesburg Elementary School for several years, but was suspended after he exercised his First Amendment rights to comment on the proposed school policies at a school board meeting.

The policies at issue “would force teachers to violate their conscience as educators and their deeply held beliefs by requiring them to address students with their chosen pronouns rather than the ones consistent with their biological sex,” the legal team argues.

“Public schools have no business compelling teachers to express ideological beliefs that they don’t hold, nor do they have the right to suspend someone simply for respectfully providing their opinion at a public meeting,” said Senior Counsel Tyson Langhofer.

“The school district favors a certain set of beliefs on a hotly contested issue, and it wants to force Tanner to cry uncle and endorse them as well. That’s neither legal nor constitutional, and neither was the school’s move to place Tanner on leave.”

Cross had attended the school board meeting on May 25 and during a comment period he “respectfully explained his concern for students who struggle with gender dysphoria and also his concern about being forced to speak something he knows to be false and to violate his beliefs,” the legal team said.

Two days later, the school suspended him, claiming it was investigating conduct that was “disruptive.”

The ADF previously wrote to the district advising that its actions were in violation of the First Amendment.

At the time, the ADF noted, “Mr. Cross’s expression during public comment time at an open school board meeting was undoubtedly expression in his private capacity on a matter of public interest. Immediately suspending an employee and launching an investigation for engaging in First Amendment-protected expression, creates an atmosphere of fear and is intended to send a message to Mr. Cross and other teachers that they must toe the line or face the consequences.

“The First Amendment does not countenance such retaliation,” the ADF said.

The school shortly later responded by affirming it “intends to stand by its decision to suspend Tanner.”

So the ADF filed the lawsuit, asking the court to halt the suspension immediately.

Named as defendants in the case in the Circuit Court for Loudon County are Interim Supt. Scott Ziegler, Interim Assistant Supt. for Human Resources Lucia Sebastian and the board.

The case explains it’s not about “how schools should treat students,” but “whether public schools can punish a teacher for objecting, as a private citizen, to a proposed policy, in a forum designated for the purpose of considering whether to implement such policies, where the policy would force him to express ideas about human nature, unrelated to the school’s curriculum, that he believes are false.”

The complaint alleges the district violated the teacher’s right to freedom of speech, and retaliated against him.