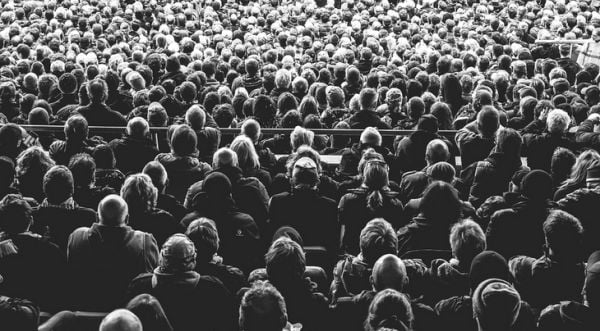 A scientist whose work focuses on paleontology and evolutionary biology has written in an article at Scientific American that the human species is doomed.

“There comes a time in the progress of any species, even ones that seem to be thriving, when extinction will be inevitable,” wrote Henry Gee, an editor at Nature, “no matter what they might do to avert it.”

He explained that usually is triggered by “habitat loss.”

“The species most at risk are those that dominate particular habitat patches at the expense of others, who tend to migrate elsewhere, and are therefore spread more thinly. Humans occupy more or less the whole planet, and with our sequestration of a large wedge of the productivity of this planetwide habitat patch, we are dominant within it. H. sapiens might therefore already be a dead species walking,” he warned.

“The signs are already there for those willing to see them. When the habitat becomes degraded such that there are fewer resources to go around; when fertility starts to decline; when the birth rate sinks below the death rate; and when genetic resources are limited—the only way is down. The question is ‘How fast?'”

He notes predictions from the 1960s, or thereabouts, about the end of the species. Specifics were Paul Ehrlich’s “The Population Bomb” book about overpopulation and the fear of nuclear annihilation.

“Half a century on, the threat of nuclear annihilation has lost its imminence. As for overpopulation, more than twice as many people live on the earth now as in 1968, and they do so (in very broad-brush terms) in greater comfort and affluence than anyone suspected,” he explained.

The population still is growing, but at only half its earlier rate and predictions are the populations actually will be dropping in numbers within a few years.

He explained, “As a paleontologist, I take the long view. Mammal species tend to come and go rather rapidly, appearing, flourishing and disappearing in a million years or so. The fossil record indicates that Homo sapiens has been around for 315,000 years or so, but for most of that time, the species was rare—so rare, in fact, that it came close to extinction, perhaps more than once.”

He continued, “Thus were sown the seeds of humanity’s doom: the current population has grown, very rapidly, from something much smaller. The result is that, as a species, H. sapiens is extraordinarily samey. There is more genetic variation in a few troupes of wild chimpanzees than in the entire human population. Lack of genetic variation is never good for species survival.”

Further, he explained, those lower birth rates, possibly triggered by pollution or stress, are a concern.

“Another reason for the downturn in population growth is economic. Politicians strive for relentless economic growth, but this is not sustainable in a world where resources are finite. H. sapiens already sequesters between 25 and 40 percent of net primary productivity—that is, the organic matter that plants create out of air, water and sunshine,” he said.

That could bring about “deleterious effects,” he said.

The advances in women’s rights, putting them more and more in the job market but also encouraging them to have fewer children, also can contribute to a shrinking population, he said.

“I suspect that the human population is set not just for shrinkage but collapse – and soon,” he said.