The Supreme Court has rejected an attempt by the attorney general of New Jersey to avoid First Amendment liability over his plan to ban the distribution of instructions on printing 3D firearms.

In a unanimous decision, the 5th U.S. Circuit Court of Appeals had ruled that Gurbir Grewal was subject to the jurisdiction of Texas courts in a lawsuit brought by Texas-based Defense Distributed.

The weapons case centers on the First Amendment, not the Second Amendment, because it’s about the distribution of information.

Grewal had asked the high court to take the 5th Circuit conclusion and change it. 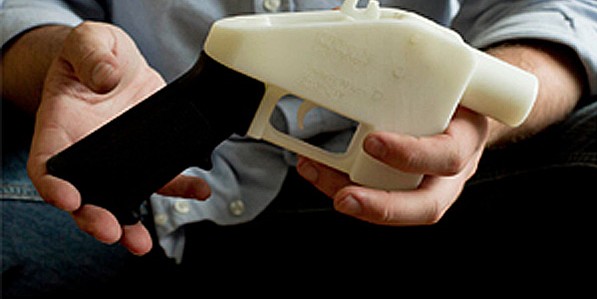 His organization is working with Defense Distributed in the case.

The company had accused New Jersey of violating the First Amendment by trying to block the gun company from releasing computer files with instructions on how to make untraceable 3D-printed guns.

Defense Distributed is in federal court in Texas with the Second Amendment Foundation asking for a temporary restraining order and preliminary injunction against Grewal to prevent enforcement of a new law that they believe is a direct infringement of their First Amendment rights.

The court motion is part of a broader civil-rights action against several governors, attorneys general and other government officials brought by SAF and Defense Distributed.

“We’ve had to take this extraordinary step to defend our First Amendment rights because Attorney General Grewal has literally threatened to ‘come after’ us, or anyone else, who is ‘contemplating making a printable gun,'” explained Gottlieb.

“Grewal and the governor aren’t merely trying to stop what people do, now they’re also trying to dictate what people think. That amounts to extremism on steroids,” he said.

“Defense Distributed had reached a settlement with the government on this issue,” he said, “but various state attorneys general quickly tried to interfere. New Jersey is carrying this nonsense one step further by attempting to censor the company and the foundation. We are hopeful that the federal court quickly intervenes and stops this Orwellian behavior.

“This isn’t about guns,” Gottlieb added, “it’s about information and ideas, and the right of a free society to share that knowledge without fear of demagoguery by government officials who want people to live in their bubble.”

About the newest action, Gottlieb said: “Anti-gun attorneys general need to be held accountable for threatening gun owners and the firearms industry, and that includes efforts to prevent distribution of information relating to 3D printing. Grewal tried to enjoin national distribution of Defense Distributed’s files on the internet.”

How to boost the U.S. economy – beyond consumer spending