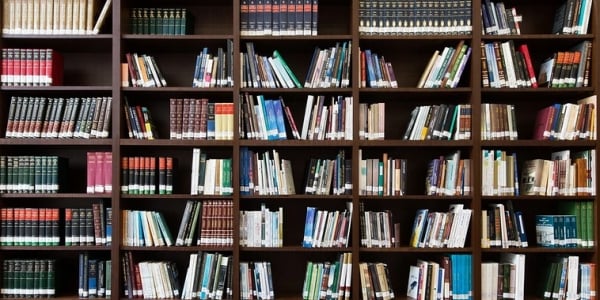 A leading organization advocating for liberty, freedom of speech, due process, academic freedom and freedom of conscience in education is warning that today’s “diversity” training demands are going too far.

It is the Foundation for Individual Rights in Education that wrote to Cornell University President Martha Pollock about a move at that school to require faculty and candidates to hold and express certain views.

“FIRE writes today out of concern for the threat to academic freedom and freedom of expression at Cornell posed by the proposal for a ‘required educational program for faculty,’ as part of an ‘Antiracism Initiative,'” the letter said.

“The program would, among other things, require faculty candidates for renewal or promotion and tenure to submit a statement of contributions to diversity, equity, and inclusion (“DEI”), extending the current DEI-statement requirement applicable to applicants for faculty positions.”

The foundation explained that the plan may be part of a “well-intentioned effort to promote an inclusive academic environment for all students and faculty, including those from backgrounds that have been historically underrepresented in academia and American society.”

But it explains that the threat is “that faculty will be compelled to affirm and promote certain views as a condition of their employment and eligibility for promotion and tenure, contrary to Cornell’s robust promises of free expression and academic freedom.”

The letter from the foundation asks the school to reject the plan for a “required educational program” of this type. “And to ensure that any newly adopted anti-racism or DEI programs are strictly voluntary for all faculty,” the letter said.

The letter notes that as a private organization, “Cornell University may not be a state actor bound by the First Amendment,” but said it “nevertheless made morally and legally binding commitments to the freedom of expression and academic freedom of its faculty. These commitments preclude Cornell from requiring faculty to affirm, support, or teach beliefs they may not hold….”

The letter points out the Cornell Faculty Senate has adopted plans for “mandatory” training programs that insists, “Faculty must understand structural racism and the forces of systemic bias and privilege.”

It continues, “The goal of the educational program is to support faculty in creating an antiracist, just and equitable climate for our campus community. Doing this effectively requires faculty to understand that structural racism, colonialism, and injustice, and their current manifestations have a historical and relational basis, even as it requires that faculty learn to communicate effectively across the differences that they will encounter as they go about their work.”

But FIRE explained mandatory faculty educational programs like this “would violate faculty members’ academic freedom and freedom of conscience.”

“Cornell, having enshrined freedom of expression and academic freedom in its written policies—including ‘freedom to engage in reasoned opposition to messages to which one objects’—cannot require its faculty to affirm any specific political or ideological perspective. Nor can it require them to demonstrate commitment to a preferred set of beliefs with evidence of their efforts to promote or raise awareness of it. To do so amounts to compelled speech and puts a straitjacket around academic freedom and freedom of conscience,” the foundation said.

The letter urged university officials to consider the “consequences” on those who hold minority views on campus.

Cornell, according to a FIRE online posting, said it had made “no decision” on the mandates for faculty.