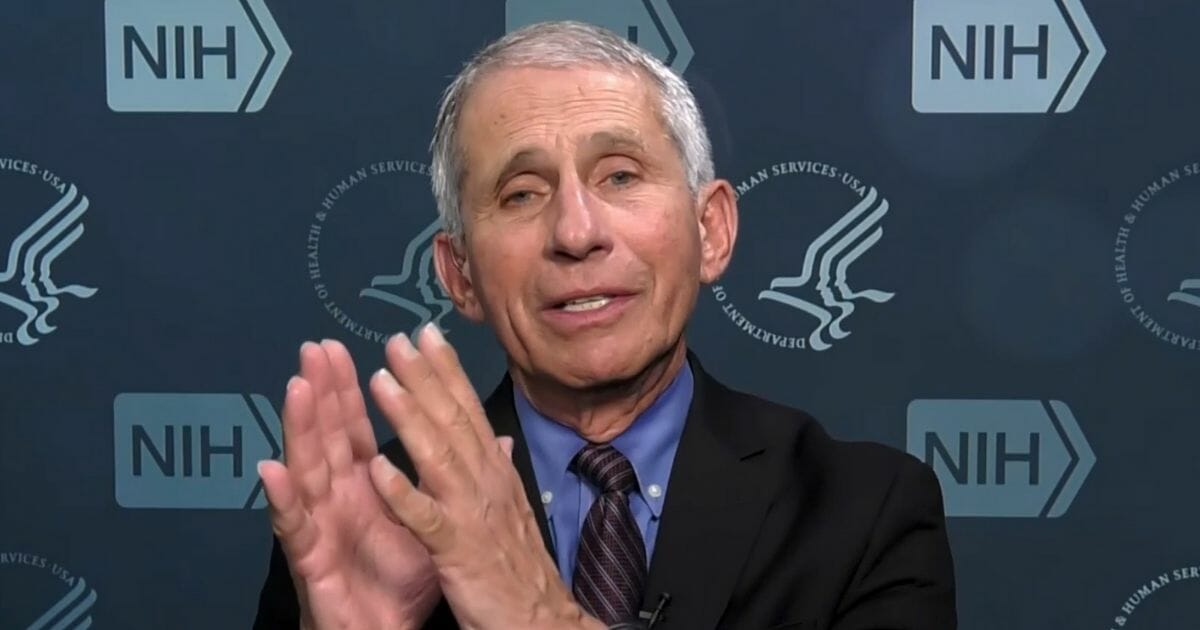 America’s “independent spirit” is partly to blame for the fact that the Fauci family won’t be gathering for Christmas, says the White House coronavirus adviser.

He was asked Wednesday in an interview with the Washington Post’s Power Up newsletter whether the rise in cases this fall could be attributed to American individualism or President Trump’s refusals to mandate masks and other mitigation efforts.

The “independent spirit in the United States of people not wanting to comply with public health measures has certainly hurt us a bit,” Fauci said.

He lamented there are “people in various parts of the country who still believe that [the coronavirus] is a hoax, that it’s fake — even when in their own state the hospitals have been overrun with patients in the hospital beds and in the intensive care unit.”

Fauci said Americans shouldn’t gather with their families this Christmas, noting his three adult children “are not going to come home.”

“That’s painful. We don’t like that,” he said. “But that’s just one of the things you’re going to have to accept as we go through this unprecedented challenging time,” he said.

He reasoned people should recognize they will “have many” more Christmases in the future.

“You’ve enjoyed many more Christmases before,” he said. “Maybe this is a time to just say, ‘This is an unusual situation, it’s not going to last forever.'”

On the Sunday after Thanksgiving, Nov. 29, Fauci predicted the millions who ignored his advice and chose to travel would produce a “surge upon a surge” in the next week and a half.

However, while there were more airline flights the Wednesday before Thanksgiving than in 2018, cases and hospitalizations are on a downward trend in many regions of the nation.

In Michigan, for example, state Chief Medical Executive Dr. Joneigh Khaldun said the state is seeing declines in all metrics.

She said that means there was not a post-Thanksgiving surge in cases, WXMI-TV reported Tuesday.

Many epidemiologists have noted the coronavirus, in a second wave, is following the bell-shaped pattern of epidemics predicted by Farr’s Law in 1840, regardless of mitigation efforts.

Further, in a July podcast that resurfaced earlier this month, Fauci admitted the widely used PCR tests pick up harmless fragments of the coronarvirus, resulting in many false-positive cases that result in overstating the threat. In August, the New York Times examined PCR testing data in three states and found “up to 90 percent of people testing positive carried barely any virus.”

A briefing published by four British scientists concluded PCR testing is “distorting policy and creating the illusion that we are in a serious pandemic when in fact we are not.”

“A false positive pseudo-epidemic is a well described phenomenon in the medical literature which results in an exponential rise in diagnosed cases and deaths but no excess deaths,” the British researchers write.

WND reported a study published by the peer-reviewed journal Nature found no transmission of the coronavirus among people in close contact with asymptomatic patients.

Those who died of coronavirus, according to the CDC, had an average of 2.6 comorbidities, meaning more than two chronic diseases along with COVID-19. Overall, the CDC says, just 6% of the people counted as COVID-19 deaths died of COVID-19 alone.