James Dobson calls for the defense of children from society's assault 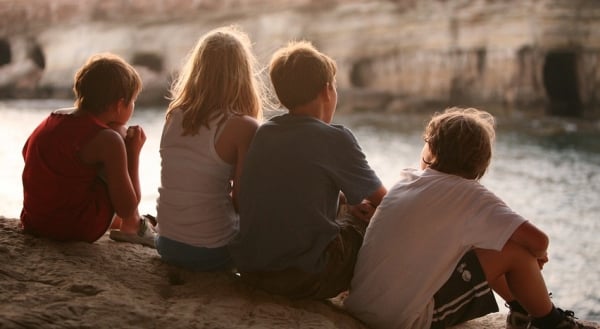 James Dobson, the founder of the James Dobson Family Institute, the host of the “Family Talk” radio program, and adviser to multiple presidents on family issues, previously has warned his constituents of the danger from the leftists ideology that President Biden has installed in his presidency.

He called Biden’s plans for America as the nation’s “coup de grâce,” has called out his radical agenda, even warned that “pop culture will take your kids to hell.”

But now that Biden’s agenda controls the White House, and is making inroads into not just the executive orders but the laws that run America, what are Christian parent to do?

In his June newsletter to constituents he explains the nation must pick its ‘highest priority in the battle to save our crumbling culture.”

“I know many of you are deeply concerned about our country today, as I am. It is rocking and reeling like a ship on a stormy sea. Everything we have cherished about America is under assault, encompassing the entire Judeo-Christian ethic,” he said.

So his focus will be on children.

“It is my conviction that above all else, we must rise to the defense of this generation of children. Their minds and souls are in severe jeopardy,” he wrote.

He pointed out the natural progression, that the younger generation will “inherit the earth.”

“The Marxist-Leftist activists and liberal politicians who are engineering today’s revolution understand this dynamic fully. They recognize that everything they and their socialist predecessors have sought to achieve for many decades is suddenly within reach. This is why they are throwing hell itself at the young,” he said.

He cited the weapons leftists have, the “educational establishment, the entertainment industry, the liberal courts, the pornography business, the nation’s universities, the Internet, and almost every center of power.”

But a defense is a “committed, informed, dedicated, Bible-believing Church of Jesus Christ,” which number in the tens of thousands around the nation, he said.

MacArthur, in a recent message, said of all the “horrific, sinful, wretched, wicked, corrupt influences” today, the worst is the war on children.

“This culture is weaponized to destroy children; it’s systematically designed to do that. 62.5 million of them have been slaughtered in the womb since Roe vs. Wade in the ’70s. We all understand the breakdown of the family. If a child can escape abortion and be born, that child has about a 50/50 chance of being born to a married couple. It is likely that that married couple will get a divorce. It is likely that they will be unfaithful to their marital vows. It is likely that the child will be sent to a public school and come under the influence of those whose agenda is anti-God, anti-Christ, anti-Scripture.”

MacArthur continued, “And as you know, our country, the politicians who lead it, are making laws that are devastating to children under the pressure of sexual freedom, homosexuality, transgenderism. The desire is to make that normal, and to punish people who speak against it with laws in the category of hate speech. … Children are under a relentless assault by all the forces of evil, and they are defenseless. And we have a society and a culture that wants to make sure that these who are pumping out this destruction are free to keep doing it without restraint.”

He continued, “The government wants to even have more influence on them, so the president announced that they would like to provide government education free of charge from the age of three to twenty. You get the picture. From the president and the leading politicians and bureaucrats, teachers, race hustlers, pornographers, media people, tech people, even medical people—children, the most defenseless, are under attack.”

He got blunt: “Satan’s war starts in the womb and never lets up. It’s carried through every medium possible to destroy children: broken homes, sinful parents, in every electronic form of media, the educational system—it’s everywhere. Satan’s war on children, by the way, is a war on God because the children belong to Him.

“The politicians are on the side of Satan, busy making laws to protect the very realities that destroy children and families.”

Dobson added his own warning, that “Schools across the country are embracing LGBT ideology and other graphic sexual content that masquerades as education. Do you understand what it means for teachers to stand in front of their classes and promote homosexuality and lesbianism, bisexuality and transgender concepts to your boys and girls? How do you explain Christian sexual morality to them when they come home? Educators are indoctrinating and manipulating young minds with curricula that is NOT compatible with Christian beliefs and principles.”

The solution is biblical, he said: “Introduce your toddlers to Jesus.” And parents must get involved in their children’s schools, even being on the school board.

“Remember this: These are your children. They do not belong to educators,” he said. And if all else fails, “take your children out of public schools.”

Dobson has advised five presidents on family matters and was inducted in 2008 into the National Radio Hall of Fame.

He authored more than 70 books including, “The New Dare to Discipline,” “The New Strong-Willed Child,” “When God Doesn’t Make Sense” and “Bringing Up Boys.”